It might have taken four grueling years, but Orismar de Souza didn’t let his dream die. Hackers and DIYers should take inspiration from this. Despite his financial straits (Orismar is homeless, by the way) he managed to scrounge enough spare parts and buy sheet metal to complete his ride. 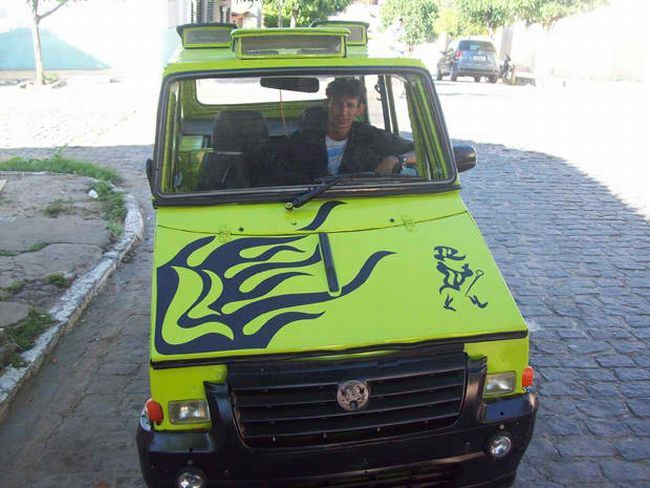 Sure, it doesn’t look like much and most of the parts were cannibalized from derelict Fiats, but it’s the effort that counts. To augment his non-existent income, Orismar panned for gold and did odd jobs. Most of his funds went to sheet metal for the car’s body while the mechanical parts were taken from a strange assortment of vehicles like motorcycles and (again) Fiats.

The fact that he managed a halfway decent paint job attests to his passion. But then again, we wonder why he didn’t just borrow someone’s car or at least buy a second (or third) hand ride for himself.

At the very least, Orismar can be proud of his know-how. This strikes us as the beginning of a hard scrabble DIY engineering career.