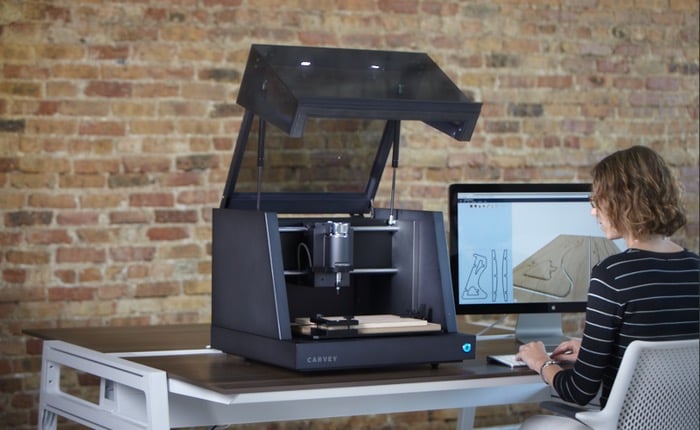 Carvey a new 3D carving machine that has launched over on the Kickstarter crowdfunding website this week, and in just 48 hours blasted past its $50,000 pledge goal, raising more than $240,000 in just 48 hours.

The new Carvey machine takes the form of a CNC router and milling system that has been specifically designed for desktop use by makers and hobbyists and is available to back for just under $2,000 with delivery starting in late 2015. 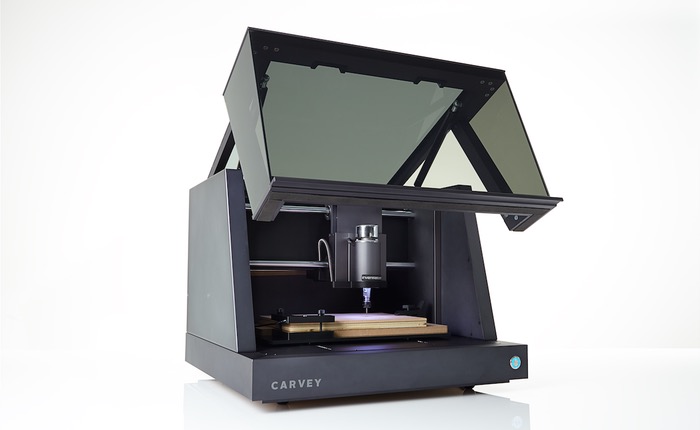 The Carvey 3D carving machine is capable of cutting objects out of a variety of materials including wood, metal and plastic and can be seen in action in the video below. Its creators Inventables based in Chicago explain a little bit more about their new 3D carver.

“Using Carvey and our free design software, you can make your idea a reality in three easy steps. First, design your product using our software, next choose your material, then click carve. Carvey will cut your design, giving you the power of creation right from your tabletop. Carvey is the next step in 3D manufacturing.

Carvey comes with Easel, our free design software that lets you design in 2D and view in 3D, instantly. What you see on the screen is what you get from the machine.

Easel runs in a web browser and controls Carvey. With it you can carve your own design, a design you’ve imported, or a file from our library of projects that other Easel users have created and shared. Easel isn’t the only software that works with Carvey.  You can also use your favorite CAD, CAM, and machine control software to have Carvey carve out complex 3D shapes.

Carvey is capable of creating 3D objects but at this time Easel only supports 2.5D.  To create a full 3D object you’ll need your favorite CAD/CAM and machine control software.”

So if you think Carvey is something your projects and making could benefit from, visit the Kickstarter website now to make a pledge and help Carvey become a reality and be one of the very first to own one.