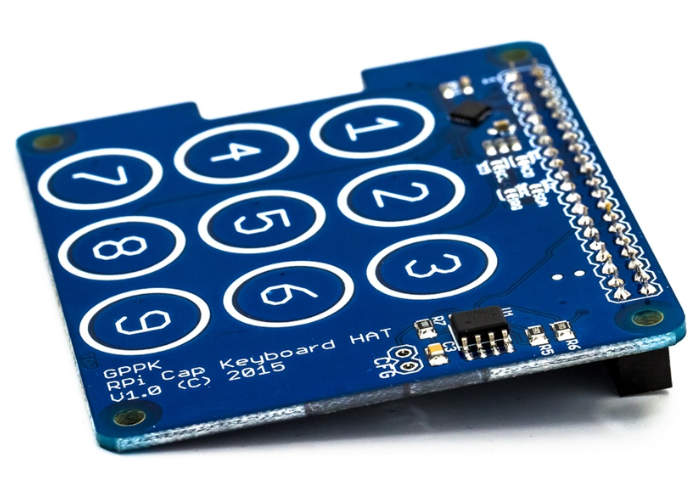 Raspberry Pi users may be interested in a new HAT which has been created by the team over at Think Engineer based in Reading within the UK.

The aptly named CapHat as a new Raspberry Pi HAT which supports all versions of the mini PC and features an easy clip on capacitive keypad which can be used for a wide variety of different applications and projects.

Watch the video below to learn more about the CapHat, the inspiration behind it and its features and set up.

We have made a few prototype units to demonstrate some of the many ways CapHat can be used easily and effectively:

– Door Security Key Lock – Stay secure with this programmable door security keypad system. You can program your Raspberry Pi to be a secure system for a multiple locking devices, even a safe.

Jump over to the Kickstarter crowdfunding website for more specifications and the ability to back the project with pledges starting from just £14 for earlybird backers, with shipping expected to take place during April 2017.  If you enjoy building Pi projects you might be interested in our comprehensive list of Raspberry Pi displays, HATS and small screens.