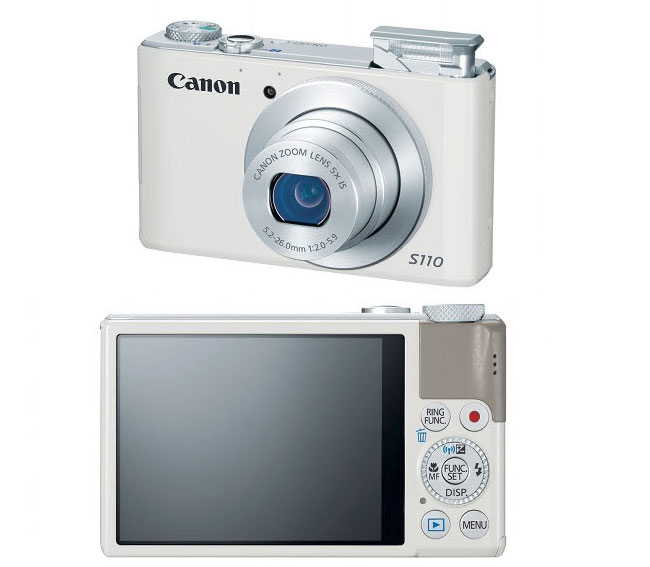 Other features of the Canon Powershot S110 include a High-Speed Burst HQ mode providing support for continuous shooting at up to 10 frames a second, as well as 1080p Full HD video support and built-in stereo microphone for capturing audio.

On the rear the Powershot S110 sports a 3.0-inch wide capacitive touch panel LCD screen, and there is also an optional waterproof case available to purchase. The Canon Powershot S110 will be arriving in stores during October for around £430 or $450.