Canon has today announced the launch of two new cameras with the unveiling of the new Powershot S100 created to replace the S95 and the Powershot SX40 HS replacing the Canon SX30.

The Canon SX40 HS is equipped with 12.1 MP sensor and DiGiC processor as in the S100 providing 1080p recording and a burst capture HQ feature allowing the SX40 to shoot at up to 8 frames per second at full resolution. Its also fitted with smart image stabilisation and expected to arrive in stores during late September for $429 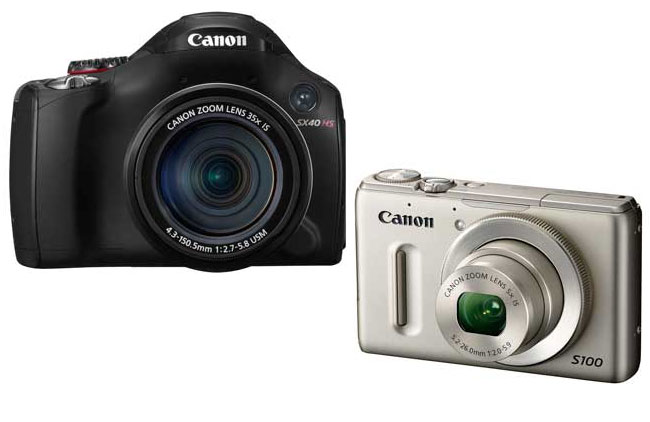 The compact S100 features a 12.1-megapixel CMOS image sensor and equipped with a versatile 24-120mm wide angle lens with 5x optical zoom. It also has GPS functionality and is capable of achieving improved low-light performance of up to ISO 6400. The PowerShot S100 will be available in either black or silver for $429 when it arrives in November.