iOS application developer GlobalDelight has this week released a new update for its popular Camera Plus application which brings with it a new feature called AirSnap.

The new AirSnap feature has been specifically designed to help you to this take photos and videos remotely by combining a pair of iOS 7 devices together using either a wireless or Bluetooth connection. 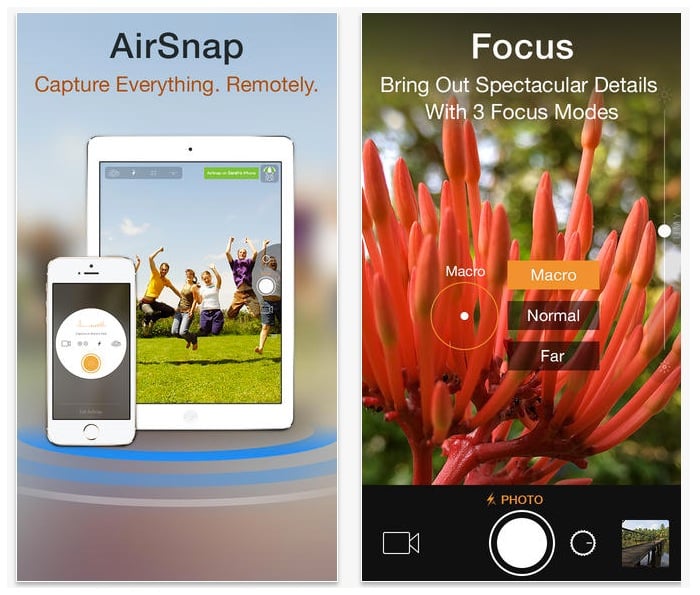 As you might expect both iOS devices need to be loaded with the Camera Plus application which then converts one of the Apple devices into a remote control for the other in your camera which can then be position to capture a selfie or group shot.

The new AirSnap feature enables you to control a variety of options including the ability to switch between camera modes, control flash and even see instant previews of your subject on the remote control device, making sure you have everything in shot.

“Apple seems to be bracing itself for the introduction of wearables era. It looks like an external device that can control and trigger photos and videos remotely. We just hope they open up their API’s so that Camera Plus can leverage it.”

For more information on the new AirSnap feature jump over to the iTunes App Store website for details and to download the latest Camera Plus application which includes the AirSnap update.