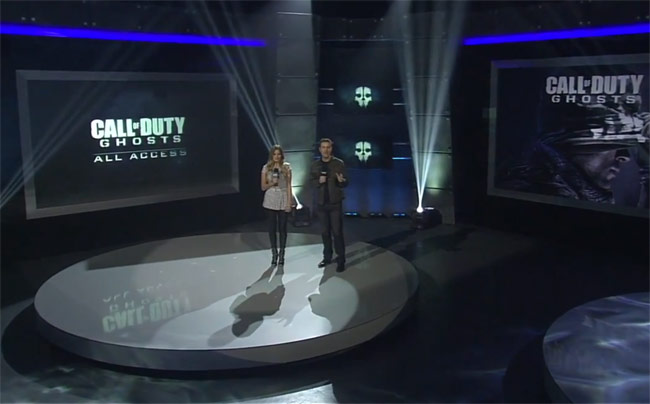 “Call of Duty Ghosts is not only a stunning leap forward for the mega-hit franchise, but also showcases what’s possible on next generation consoles. Hosted by Spike TV’s Geoff Keighley and Internet personality iJustine, the live 30-minute broadcast titled “Call of Duty: Ghosts All Access”gave fans of the worldwide phenomenon the first chance to go behind the scenes with Activision’s acclaimed studio Infinity Ward”