Activision Product Director Noah Heller has revealed that a new tablet optimised application is currently being developed for Call of Duty Elite members. That will be available on both iOS and Android tablet devices. 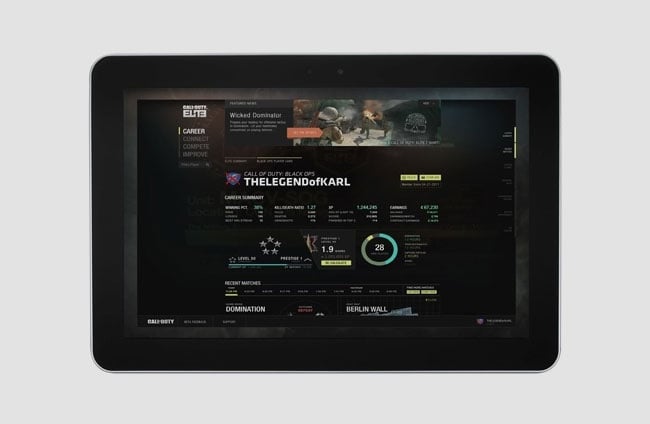 The new tablet application was started shortly after Activsion realised just how popular their mobile application had become. In an interview with T3, Heller explained:

“We’re working on the tablet app right now, I can’t tell you much about it but what I can tell you is that it will be a truly native, customised application for the tablet, it’s not just a simple port.”