Call of Duty: Black Ops 2 players will be pleased to learn that details of the first downloadable content for the new first person shooter game has been leaked this week. 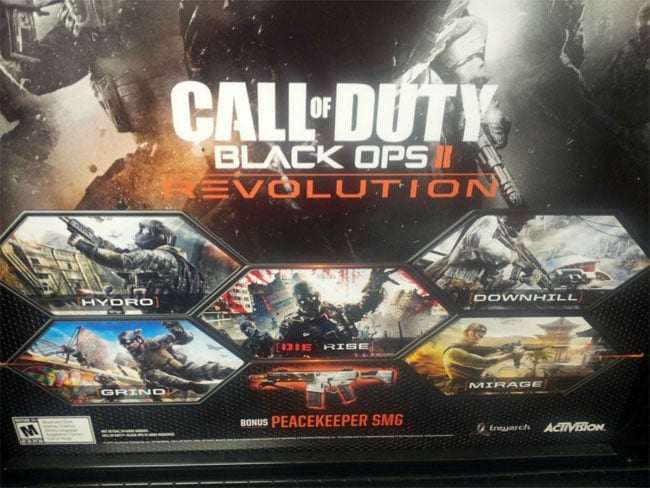 Set at a hydroelectric a power plant in the Hydro map, a skate park for the Grind map, a ski resort for the Downhill map and an asian style location within the Mirage map.

The promotional poster also reveals the pack also includes a new weapon in the form of the Peacekeeper SMG, and the Call of Duty: Black Ops 2 Revolution DLC will be arriving on Xbox 360 first on Tuesday 29th, but no price has been leaked as yet.