C-Spire, a regional carrier, opens the pre-registration for its ultra-fast 1Gbps home internet for residents living in Mississippi. Initially, the service will hit nine cities of Mississippi with the pre-registration phase starting on Wednesday. The internet is claimed to be 100 times faster than the average broadband for home users in each of the nine announced cities. The list of cities included in the phase are: Batesville, Clinton, Corinth, Hattiesburg, Horn Lake, McComb, Quitman, Ridgeland and Starkville. 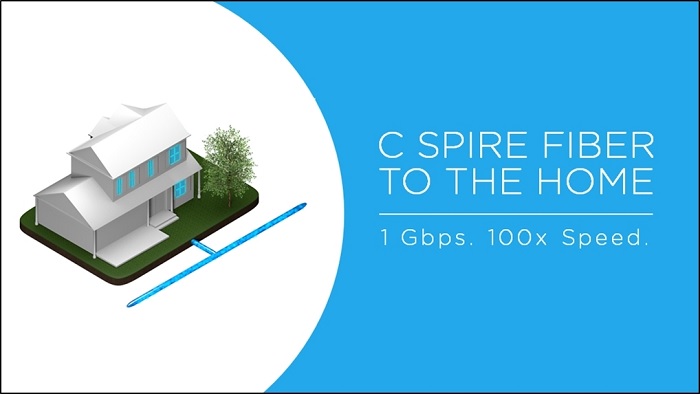 C Spire’s initiative to bring ultra-fast 1 Gbps fiber to the home Internet service to Mississippi shifted into high gear this week with the launch of customized web pages that allow thousands of residents in nine finalist cities to pre-register for the next generation technology.

The company launched the pre-registration phase on Wednesday for the nation’s first and only statewide roll out of the 1 Gig service, which promises Internet access up to 100 times faster than national average broadband speeds for residents in each of the nine Mississippi cities in the initial phase. These cities and towns were among 33 municipalities that submitted formal applications in late October to be the first to bring the technology of tomorrow to their communities today.

Individuals who want to pre-register for the service need to make a refundable deposit of $10 and provide their credit card details on their respective pre-registration website. The 1Gbps internet costs $80 per month, $100 per month when you combine both internet and phone while the internet and digital TV costs $140. If you want a package consisting of all three services, it’s going to set you back by $160. If you’re a C Spire customer, you can enjoy a $10 monthly discount on all available packages.