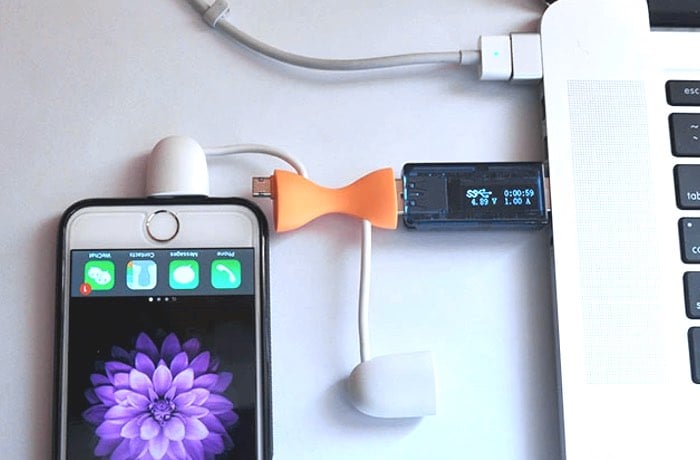 aniFree has this week taken to Kickstarter to raise the required funds it needs to take its multifunctional mobile charging cable into production. The C-Cable has been specifically designed to provide a capsule style charging cable that is easy to carry and supports a wide variety of different mobile hardware

C-Cables are capable of charging and synchronising your Android smartphone as well as fast charging your Apple iPhone device, watch the video below to learn more about this neat pocket sized charging cable which is taken to Kickstarter.

C-Cable is a multi-functional capsule cable easy for your every day carry. With its rounded capsule headers, it will not scratch your phone screen or body if put together with your phone. The Micro USB male connector is specially designed so it could be inserted in both normal and reversed positions. The normal position uses the upper part of the connector, and functions as the normal Micro USB connector for charging and data sync. The reversed position uses the lower part of the connector, and functions as the Micro USB OTG connector.

With C-Cable, you could charge/sync your Android phone when connected to PC, you could also charge one Android phone and one iPhone at the same time from any charger source such as PC, wall charger, car charger, power bank, etc. Unlike most Android phones, iPhone needs special hardware charge configuration in the charger to get optimized charging current, if the charger is not compatible with that special charge configuration, only less than 0.5A charging current will be provided.

The lightning connector of C-Cable is designed to be compatible with the special iPhone charge configuration, thus when an iPhone is connected to PC or any iPhone incompatible chargers, such as Samsung wall chargers, or some car chargers or power banks, up to 2x charging current will be provided instead of less than 0.5A current, thus could shorten your iPhone charge time up to half.

For more information on the new C-Cable jump over to the Kickstarter website for details and to make a pledge from $10 for early bird backers.