Utter the name “Foxconn” and the fastest response you’ll get would be somewhere along the lines of where-distressed-employees-jump-off-buildings. This can’t be farther from the truth, with almost a dozen fatalities in the manufacturer’s sprawling industrial facility despite the presence of safety nets. 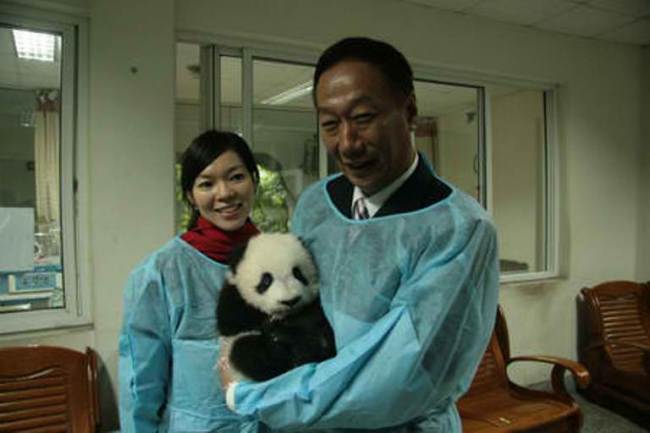 In an illuminating piece of journalism titled “The Man Who Makes Your iPhone”, Frederick Balfour and Tim Culpan offer us a glimpse into Foxconn and its founder Terry Guo, the self-made Taiwanese industrialist whose life (or at least the version told by the reporters) reads like a classic Horatio Alger yarn. The eldest son of a cop, with no college degree except a stint in the army and vocational training for background, Guo started building TV parts by himself in the 70s.

Today, Foxconn is one of the world’s largest electronics components manufacturers and its client list is a who’s who in the industry, including Apple. In case you didn’t know, thousands of iPhones and iPods are built in the sprawling city-within-a-city (among 20 different mega-factories spread across Mainland China) that’s Foxconn HQ every day.

As for the man himself, he’s worth around $5 billion dollars but still puts in 16 hours a day at work, where his apartment is. We suggest you read the whole piece here. It’s mentioned somewhere at the start that a bookstore inside the massive Foxconn HQ sells a cookie-cutter biography of Mr. Guo filled with Chairman Mao-like aphorisms. We’d love to get our hands on a copy, but until we do let’s end with our favorite saying: “A harsh environment is a good thing.”