Bump has today unveiled its new application Bump Pay, which has been designed to allow users to pay users by simply bumping their smartphones together.

The feature using the Bump API was originally rolled out in PayPal application, but was then removed by PayPal on March 15th. Now Bump has rolled out their own version of the system using PayPal and the payment gateway. 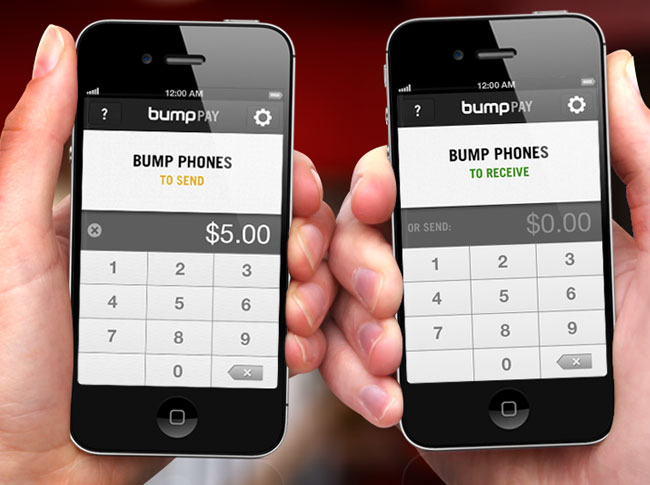 To make a payment to a friend, simply enter the amount you would like to send and then tap the phones together. Money is then sent via PayPal to the recipient.

“We think of Bump Pay as solving a specific problem — helping people repay each other in person after having dinner or after paying for gas on a road trip, ”-“Bump is focused on making technology simpler and our Bump app is a quick and easy way for people to transfer contact information and photos, and we think something like paying someone back should be just as easy.”

Bump Pay will initially be rolled out on iOS devices and current only works with the PayPal gateway.