A lot of the higher end notebooks that I have been seeing lately have USB 3.0 ports on them. This is a great thing for those who want to back up lots of data onto an external HDD and want faster transfer speeds. Storage isn’t all you can use those USB 3.0 ports for though. Buffalo has a new Blu-ray drive that works on the speedy port.

The new optical drive is called the USB 3.0 Blu-ray Drive. The thing will work in a USB 2.0 port as well. The drive can burn BDR media at 12x speed and can write as much as 50GB of data to a single disc. It will also burn to CD and DVD formats as well. 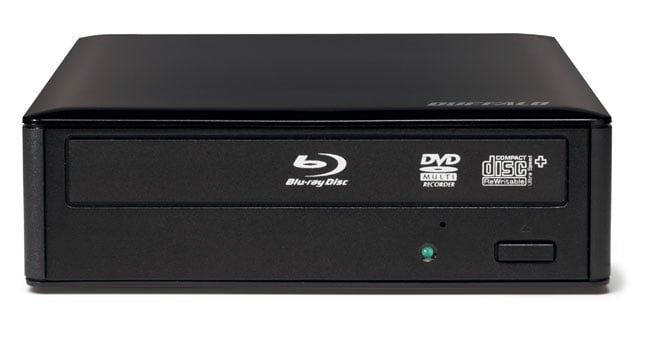 The external optical drive supports all common media formats. If addition to writing to Blu-ray discs, the Buffalo drive will also play Blu-ray films and can upscale standard DVDs. 3D Blu-ray films are supported as well making the drive future proof. It will ship this month and is priced at £199.99 in the UK.