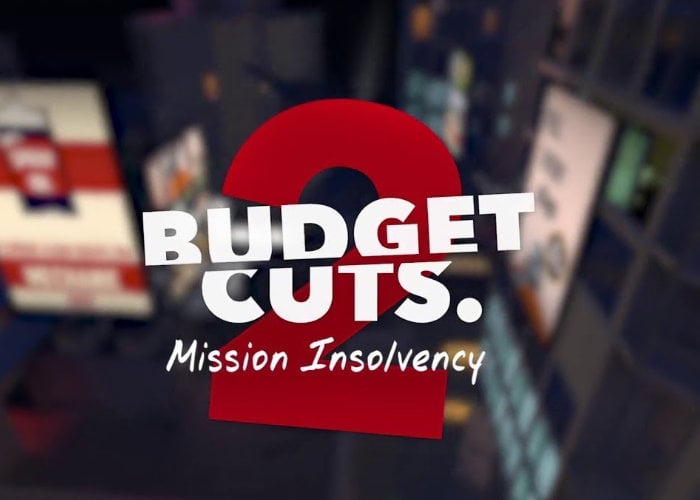 To whet your appetite for the new virtual reality shooter that will be launching on the HTC Vive, Oculus Rift, and Valve Index VR headsets next month a new Budget Cuts 2: Mission Insolvency launch trailer has been published revealing more about what you can expect from the storyline in action.

Budget Cuts 2: Mission InsolvencyWill be officially launching on December 12th, 2019 and has been created by developer Need Corporation and Fast Travel Games. Offering a sequel to the fantastic first game in the Budget Cuts series.

“You made it out of the TransCorp office alive, only to discover that more than menial office tasks have been taken over by robots. Is humanity being optimized out of existence altogether? Something needs to be done. Building on the aspects that made the first Budget Cuts such a beloved title, Budget Cuts 2 covers a great variety of scenarios, environments, puzzles and combat.

Budget Cuts 2 is the conclusion of the adventure that you started in Budget Cuts, but is also a self-contained game and easy to get into. While you were hiding and narrowly escaped certain death in your familiar office environment in the first Budget Cuts, Budget Cuts 2 is all about charging into unknown territory and taking matters into your own hands. “

– A multitude of new environments, new enemies, new gadgets and new types of challenges.
– The sequel to one of the first and one of the most loved VR titles of this era.
– A delicious blend of dark and tongue-in-cheek humor, and tacos.
– Can be played with or without the first Budget Cuts.
– Coming this year to an HMD near you!