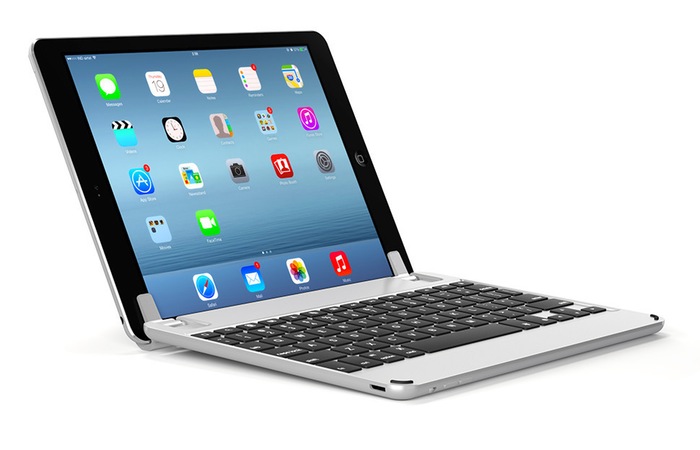 The BrydgeAir has been built using feedback from its customers who have used its previous iPad keyboard designs and the latest creation is now 35 percent lighter than any previous Brydge keyboard created.

When the BrydgeAir launches later this year the price will rise to $199 or £120 so don’t delay if you feel your tablet productivity could be increased by using a physical keyboard rather than the sometimes awkward touchscreen keyboard. Brydge explains :

“To celebrate the launch, we are offering the chance to secure one of only a thousand exclusive keyboards that will be produced. These keyboards will be released 4 weeks before the larger retailers receive their shipments and will be individually numbered 1 through to 1,000. During this period we are offering the BrydgeAir at the special price of only $150.

The BrydgeAir is no longer an idea, its a reality. Only weeks away from production the design and specifications are finalised and the team is set to go. Once the first unit ships the BrydgeAir will revert to the RRP of $199. Be sure to get in now to secure this great price. “

**Note: the BrydgeAir is specifically designed for the iPad Air. It will not work with the iPad 2, 3 or 4.

Watch the video below to learn more about this ultra slim iPad keyboard. For more information on the new BrydgeAir iPad Keyboard jump over to the Brydge website for details.