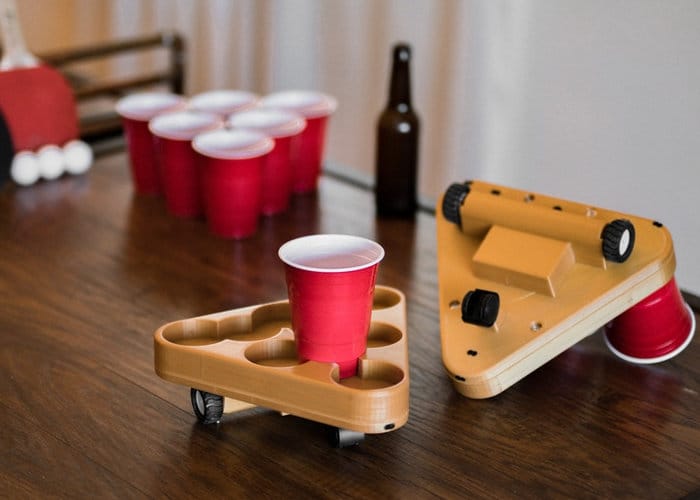 If you would like to push your Beer Pong competitions to the next level, you might be interested in a new motorised beer pong robot created by Labruutories based in San Francisco, California. Aptly named Bruu the small robot has been designed to provide an autonomous smart robot which is capable of running for three hours on a single charge. Watch the demonstration video below to learn more about the motorised beer pong robot which has taken to Kickstarter this week to raise the required $20,000 to take the design into production.

Pledges are available from just $30 for a single Bruu robot with delivery expected to take place during July 2018 if all goes well. Unfortunately at the current time the Bruu robot is only available throughout the United States, but let’s hope that it will be available internationally very soon.

“Building this robot is actually our response to cell phone addiction. Next time you’re out to eat, look at how many people are together, while also ignoring each other. Author Sherry Turkle calls this being “Alone Together” and it’s contributing to the decline of social skills.  Our primary design element was to create a product with purpose. We refused to make something that’s just another consumer good. We’re breaking the trend of social disconnection and using Bruu to enable you to connect over something new and exciting. “

To make a pledge to own your very own motorised beer pong robot jump over to the official Bruu Kickstarter campaign page by following the link below.