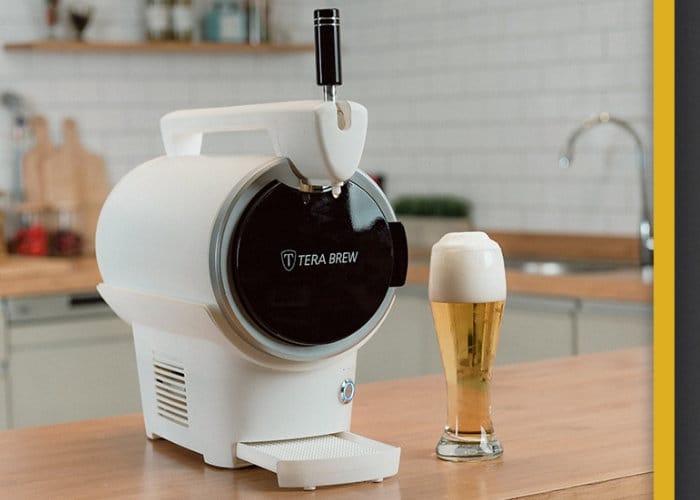 Tera Brew has created a new smart craft beer dispenser, designed to provide the ultimate draft portable beer distribution system, that enhances the flavour of your favourite brew while keeping it at the optimal temperature. Created by a development team based in Los Angeles, California, the Tera Brew craft beer dispenser has this week launched via Kickstarter to help raise the $25,000 required to take the design into production.

The unique design of Tera Brew allows users to keep their craft beer fresher for longer without any of the inconvenience of bulky CO2 cartridges. Watch the demonstration video below to learn more about the unique design of the Tera Brew system which is now available to back via Kickstarter with early bird pledges available from $169 or roughly £121. If all goes well and the Kickstarter campaign is successful worldwide backers can expect to receive their craft beer dispenser during September 2018.

Features of the Tera Brew include the ability for the beer dispenser to function without the need for CO2 or nitrogen canisters, both of which can be exhausted quickly and need to be replaced frequently. The draft beer dispenser is also equipped with a smart cooling system offering three temperature settings. The temperature is set using the simple button press system, press once for 36° F (2° C), twice for 46° F (8° C) or 3 times for 53° F (12° C).  The portable, lightweight design of the Tera Brew also allows it to be easily carried to any party, function or location. For more information on the Tera Brew craft brew dispenser jump over to the official Kickstarter campaign page by following the link below.