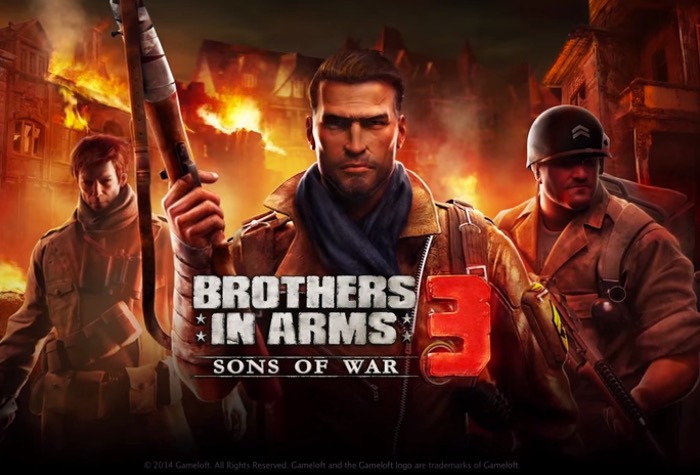 Gameloft has this week released a new teaser trailer for their upcoming mobile game Brothers in Arms 3 that extends the internationally acclaimed World War II series in to a new title.

Brothers in Arms 3 was first announced back in June of last year and it now seems that Gameloft is gearing up to launch the new game onto iOS and Android devices in the coming months.

Gameloft has yet to announce an official release date for the new Brothers in Arms 3 game but as soon as more information becomes available we will keep you updated as always. Although a few snippets of what you can expect have been released over on the official Facebook page revealing a few of the in-game characters that will be available at your disposal.

Including Andrew Mohawk who is equipped with the ability Minefield and deploys landmines around the target which then detonate after a short period. Together with David Carter whose ability is Rocket Blast and eliminates enemy targets with a silenced sniper rifle and is also upgradable enabling him to drop a collectable that creates enemies to panic making them unable to raise the alarm.

“Brothers in Arms returns with blood-pumping shooter action! Lead your band of highly trained brothers and use their special abilities in the heat of battle. Upgrade your weapons, improve your squadmates’ skills and fight back against the enemy!”