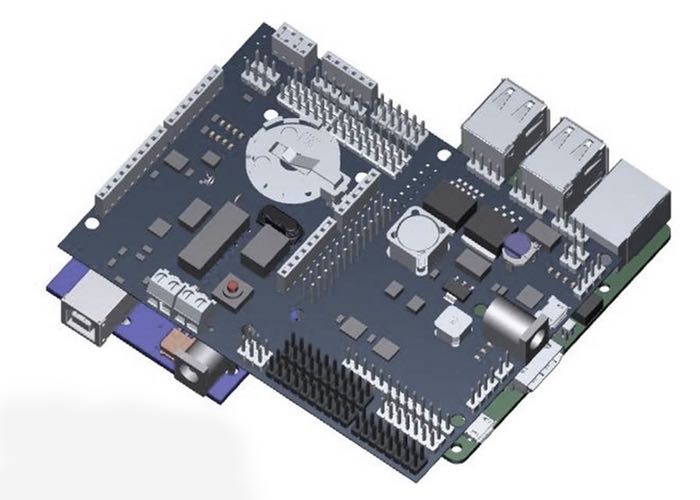 Anyone who enjoys building projects using the Arduino platform and the awesome Raspberry Pi mini PC, are sure to be interested in this new concept called the Bridge Shield.

The Bridge Shield is equipped with a number of useful features as well as the ability to combine the two platforms together into one handy device for development.

“We often faced lot of issues with multiple voltage levels, too many adapters & regulators in almost all our projects.

We also realized that in many instance we do require some basic add on boards like RTC, Temperature sensor, IMU etc. Adding many add-on board clutters your board and makes it difficult to debug. Not just this you even need to take care of the mounting of these boards.

Our favourite boards, the Arduino Uno and Raspberry Pi are both required in most automation projects but there are cases where only one of them will do. The problem was that each of them have different shields and both of them operate at different voltage levels.

Many tinkerers use motors as actuators specially in a robotic application and in case your application is mobile it needs a battery along with it you also need a charging circuit so these addition keep on complicating the system with lot of wires and consumes lot of space. “

For more information on the new Brifge Shield jump over to the Kickstarter website for details and to make a pledge from $81 to own one.