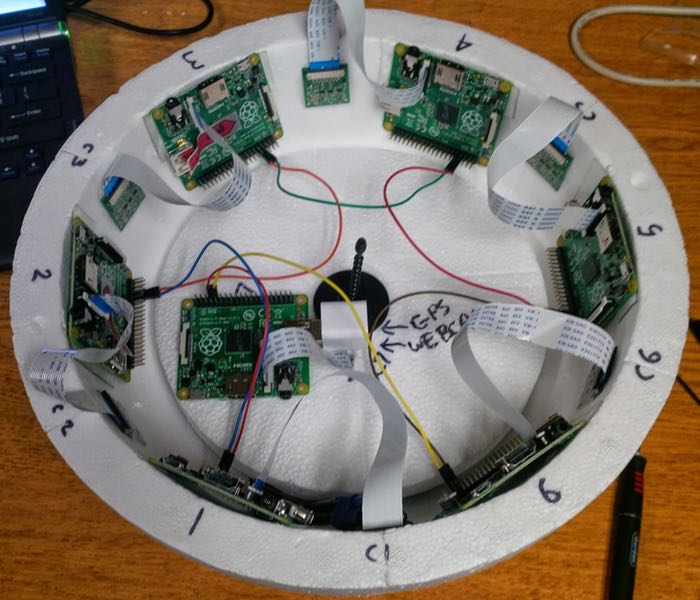 Raspberry Pi enthusiasts that enjoy building projects using the awesome mini computer and its additional camera module are sure to be interred in the Genesis of NSC01.

A project that plans to send seven Raspberry Pi minicomputers all equipped with a camera module into the outer atmosphere and to the edge of space.

As you can see by the image above all seven cameras will be fitted within a polystyrene shell and a few of the Raspberry Pi PCs are equipped with PiNoir camera modules and the others with the regular camera modules.

“One would think there is nothing left to do that has not been done before. Really, launching weather balloons for gathering data and taking high altitude pictures has been done many thousands of times before, even well before the age of the digital camera.

In fact, in NASA technical memorandum TM X-2208 published in 1971, it covers flights done in the later part of 1969 by the Langley Research Center in Virginia. This served as inspiration as to part of the payload for our own launch, an homage if you will. In this flight, they used medium format film cameras, both in the visible spectrum and the infrared.

So we started with that concept, we will have a Raspberry Pi with an infrared (PiNoir type) camera, and another with a regular CSI camera. Plus a very analog tech which I’ll cover in Part 3.

And we quickly realized that we just opened Pandora’s box… Innovation was possible everywhere we looked.”

For full details on the project and how the module was constructed using the seven Raspberry Pi mini PCs together with their corresponding camera modules jump over to the Python Blog via the link below.