If you enjoy building projects with either the Raspberry Pi or Lego Mindstorms, you might be interested in a new project which is currently in its final week over on the crowd funding Kickstarter website, called BrickPi.

BrickPi has been developed by Dexter Industries to transform the Raspberry Pi mini computer into a Lego robot, and consists of a board and case that connects directly to a Lego Mindstorms sensor. Watch the video after the jump to learn more about this interesting project and its functionality. 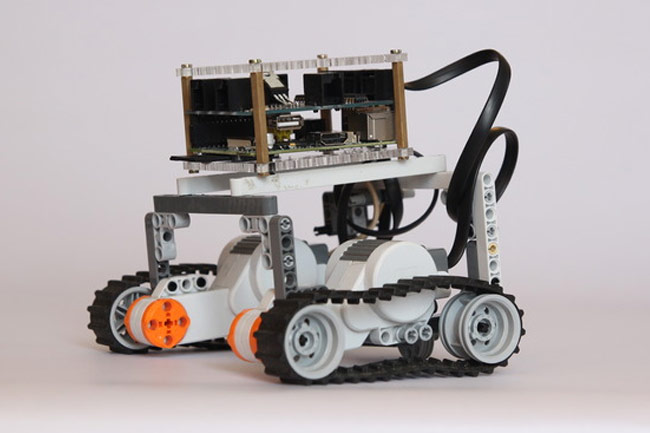 The BrickPi allows you to connect up to 3 NXT Motors and 4 Sensors, and is powered by a 9V battery that supplied juice to the motors, sensors, and Raspberry Pi mini computer. Allowing the Raspberry Pi to go solo and not require a USB power cable connection, together with a sturdy case with holes that snap with Lego parts.

Then you program your robot. We have programming examples in Python (on Github) for controlling the motors and sensors and will develop a polished library for the system. With the assembled version, you can slip the board onto your Raspberry Pi, plug in your motors and sensors, and get started with no soldering or splicing.”