Across the historic centuries, few natural objects have been so popularly used as weapons than a branch. Okay, so cro-magnons probably hurled rocks as missiles, but for CQB goodness, succeeding species resorted to branches. Mindful of this long running tradition, designer Naama Agassi designed a handguard/branch holder. As pictured above, it turns a certain length of branch into a saber in no time. 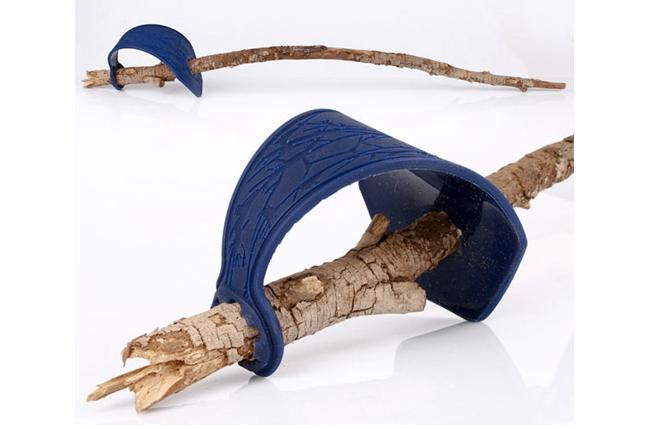 Of course, the ultimate utility and value of being armed with a branch is questionable at best. There’s this story of an American war correspondent who charged up a hill armed with a branch once, we’ll leave out the violent part and spoil the ending: he didn’t make it.

But for childish play acting, branches are good. Don’t poke your opponents though, lest an eye is gouged. Unlike a broken arm or a few cracked ribs (the inevitable result of dueling with ranches), a gouged eye is unsightly and irreplaceable.

Perhaps Naama Agassi‘s design is more a statement than a real tool. O n the Naama Agassi website it’s written that the branch holder is a ‘bridge.’ To what? Bodily harm, maybe.

One last thing: Unless you’re either Samson or Paul Bunyan, don’t fight a grizzly bear with a tree branch. Use your hands. Oh wait, scratch that. Run for your life.