We have featured a number of different robots from Boston Dynamics previously here at Geeky Gadgets, the latest one is called he Sand Flea and it is capable of jumping a massive 30 feet into the air.

The Sand Flea weighs in at 11lb and it is about the size of a RC car, have a look at this fun jumping robot in action in the video below. 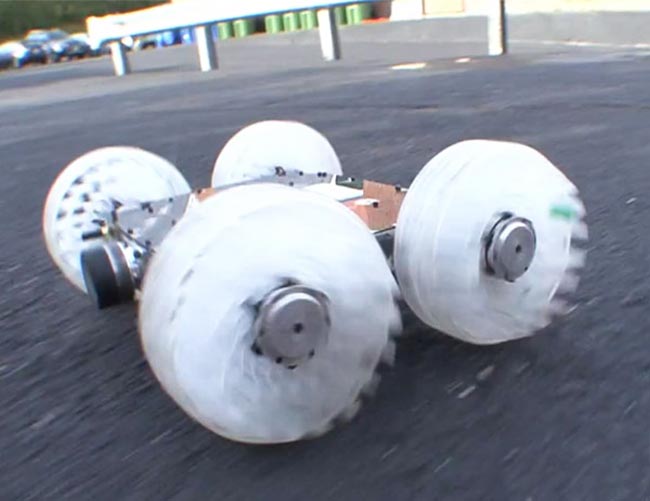 The Sand Lea is currently being developed between Boston Dynamics and the US Army’s Rapid Equipping Force and it features built in stabilization so the robot is orientated during its flight.