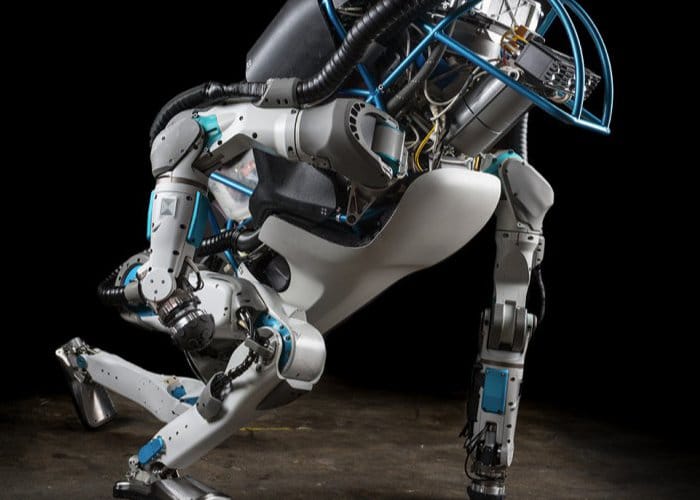 Google owned robot manufacturer and development company Boston Dynamics has this month released new footage of its Atlas robot performing new agile movements completely on its own. When compared to the video captured back in 2009 you can see the difference not just with the robot being wireless but with the precision of its movements and walking.

As you can see from the videos below the Boston Dynamics Atlas robot is currently the world’s most dynamic humanoid robot and weighs 75 kg and is capable of carrying an 11 kg payload. It’s 28 joints and LiDAR and Stereo Vision allow it manoeuvre and navigate uneven terrain with ease. “Atlas uses balance and whole-body skills to achieve two-handed mobile manipulation. Atlas is the latest in a line of advanced humanoid robots we are developing.  Atlas’ control system coordinates motions of the arms, torso and legs to achieve whole-body mobile manipulation, greatly expanding its reach and workspace.  Atlas’ ability to balance while performing tasks allows it to work in a large volume while occupying only a small footprint. ”

The latest demonstration video from Boston Dynamics follows on from the previous which showed the robot back flipping from one position to another. As soon as more details are made available regarding further development and progress we will keep you up-to-date as always.