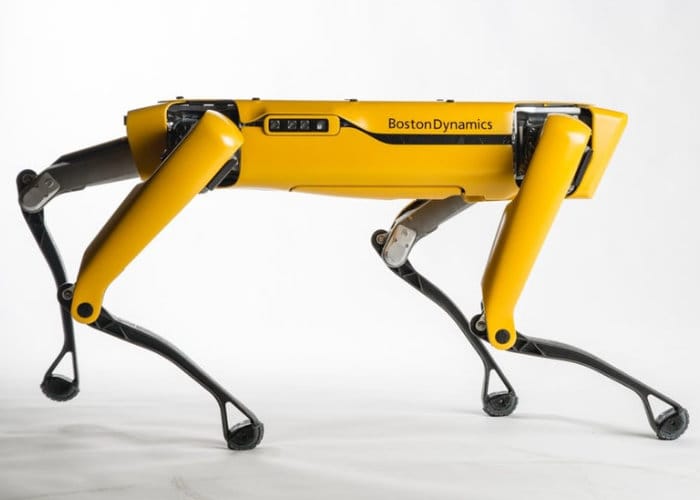 A new demonstration video has been released this week providing a quick look at the latest robotic advances taking place at the Google-owned Boston Dynamics robot development company. Check out the video below to learn how its SpotMini robots are helping each other overcome everyday obstacles, such as opening doors.

The SpotMini robot takes the form of a small canine style four-legged robot which has been designed to be nimble and capable of climbing stairs and carrying a payload of up to 14 kg. Equipped with a 3D vision system and 17 joints the robot has been specifically designed to operate both indoors and outdoors and builds upon the designs previously unveiled by Boston Dynamics.

The SpotMini robot weighs 25 kg or 30 kg if you include the five degree-of-freedom arm used to open the door in the video above, And is capable of operating for up to 90 minutes on a single charge depending on its actions. SpotMini It is also currently the quietest robot created by the company it inherits all the mobility of its larger brother Spot. The sensors SpotMini is equipped with include stereo cameras, depth cameras, an IMU, and position/force sensors in the limbs. These sensors help with navigation and mobile manipulation. 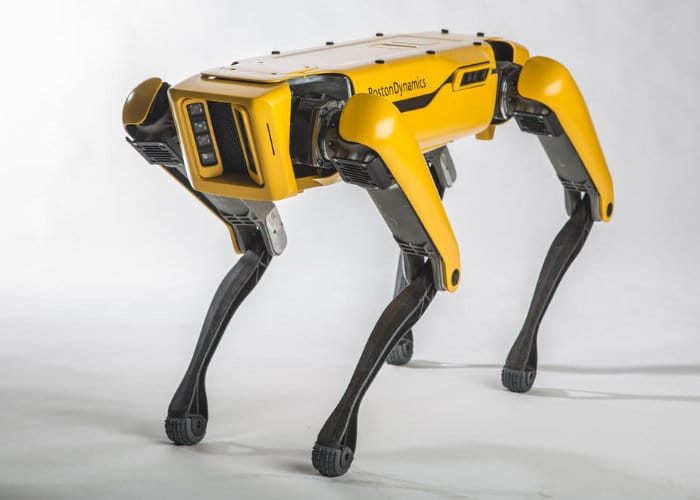 For more information on the SpotMini and other larger robots currently in development jump over to the official Boston Dynamics website by following the link below.