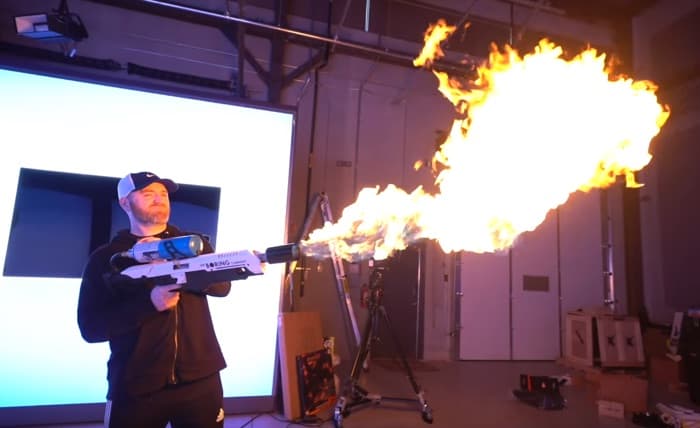 Elon Musk and his Boring Company launched the Boring Company Flamethrower this year, there were around 20,000 units of the device made available and all of them sold out.

Now we get to have a look at the device in a new video from Unbox Therapy who unbox this new flamethrower. The device is actually called ‘Not a Flamethrower’.

The device was launched as a publicity stunt to draw attention to Elon Musk’s Boring company, which is planning to launch a new transportation system underground.