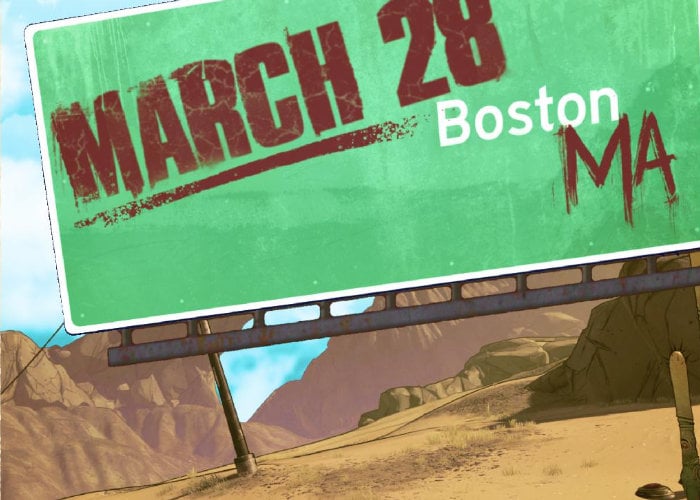 Borderlands fans will be pleased to know that the new Borderlands 3 game has been teased this week with the reveal expected to take place during PAX East 2019. A Tweet was sent out via the official Gearbox Twitter account together with an image indicating more details will be made available on March 28th, 2019.

As the name indicates the Borderlands 3 will follow on from the previous game Borderlands 2 launched back in 2012 on the PlayStation, PC, Xbox and other platforms offering a first person shooter with action role-playing mechanics with both single player and multiplayer modes.

“In February 2014, Gearbox CEO Randy Pitchford stated that the studio was not yet working on a third instalment in the franchise, stating that it would have to be “massive”, but “we don’t know what that is yet. We can imagine what it must achieve, but we don’t know what it is yet.” However, at a panel during PAX South in January 2015, Pitchford announced that the studio was preparing to begin work on a new Borderlands game—which he described as “the big one”, and began to offer a number of new staff openings related to the game. The game will be developed specifically for eighth-generation consoles such as Xbox One and PlayStation 4.”