Not his exact words, but the message was clear enough. In a recent sitdown with the Times, Bon Jovi lamented the death of retailed music, adding that Steve Jobs is killing the whole industry. Is Jonnie boy daft? We’re not sure, but he actually has a point. 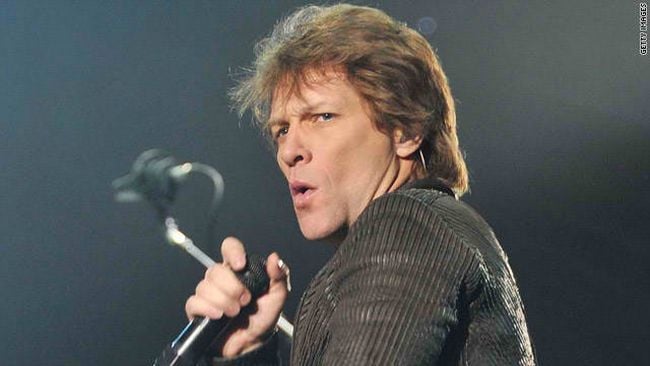 Here’s what the 80s rock icon and perpetual fantasy boyfriend of many middle-aged chicks said:

…the beauty of taking your allowance money and making a decision based on the jacket, not knowing what the record sounded like, and looking at a couple of still pictures and imagining it… I hate to sound like an old man now, but I am, and you mark my words, in a generation from now people are going to say: ‘What happened?’ Steve Jobs is personally responsible for killing the music business.

The real message of dear Jon Bon Jovi, who penned many timeless ballads that are a common staple in various Asian karaoke bars, is the experience of discovering new music has vanished. This is no joke people. The thrill of savoring LPs you discovered on your own rather than the instantaneous gratification we enjoy and abuse today is something to be missed. It wouldn’t be a surprise these days to find true believers collecting used cassette tapes for the thrill of it. The power of physical albums, EPs, and singles is a life transforming experience.

As for blaming Steve Jobs, we have to admit it’s a little off target. Besides, it’s not Steve who’s polluting mainstream music with disposable pop tunes. Flooding the airwaves with generic/forgettable/bubble gum content, boys and girls, is the music industry’s fault. They’re killing themselves by maintaining an outdated business model and adapting at a snail’s pace.