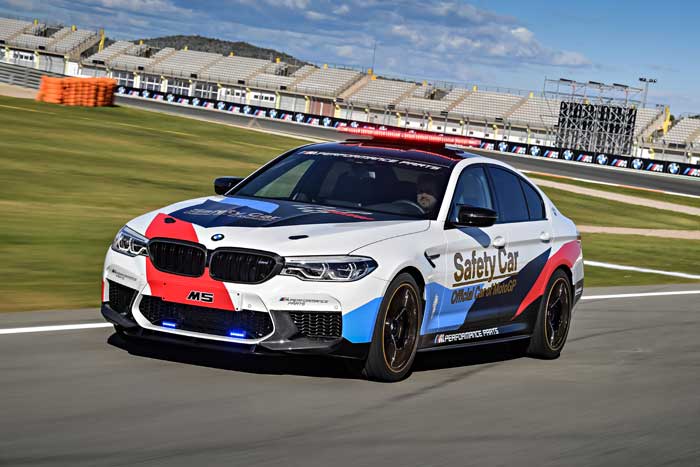 BMW has announced that it is kicking off the new MotoGP racing season as the official car of MotoGP. As such, the lead safety car for the racing series is the BMW M5 MotoGP Safety Car. The sweet ride gets special lights on top and a racing livery for its duties.

The car is powered by a 4.4L V8 M TwinPower Turbo engine that makes 600hp and 750Nm of torque. The car has M xDrive all-wheel drive and is one of several BMW cars that will be used in MotoGP this season.

Other BMW M cars in the fleet include a BMW M3 Safety Car. The Safety Officer and Race Director will use BMW M4 Coupe and BMW M2 Safety Cars. The BMW X5 M Medical Car will also be used during the season. BMW is also giving MotoGP officials an M6 Gran Coupe Safety Car along with a pair of BMW S 1000 RR safety bikes.