BMW has added a small steam turbine engine to a prototype 5 series, and in attempt to improve fuel efficiency, and it looks like they have been able to increase the fuel efficiency of the vehicle by around 10 percent.

The small steam turbine engine uses excess heat from the exhaust system, to boil a fluid and turn it into steam, the steam then powers the turbine, which then converts the power into electricity which is uses to power the vehicle as well as the petrol engine. 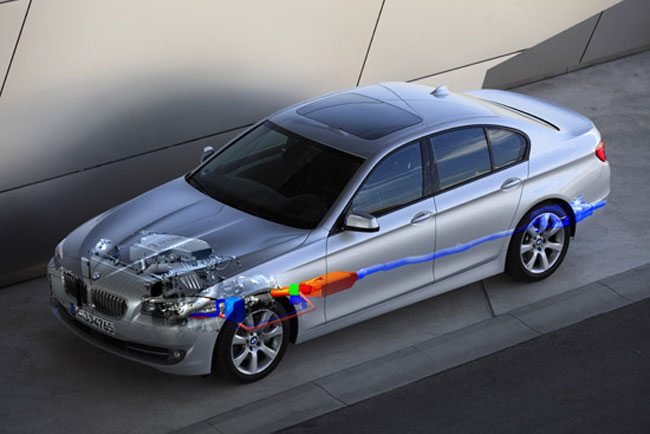 BMW has said that it will be a few years before we see this sort of technology in cars, although their initial tests of the technology have been positive with the 5 series prototype they tested it in increasing its fuel efficiency by 10% and also generating 100 percent of the electricity that was used by the car.