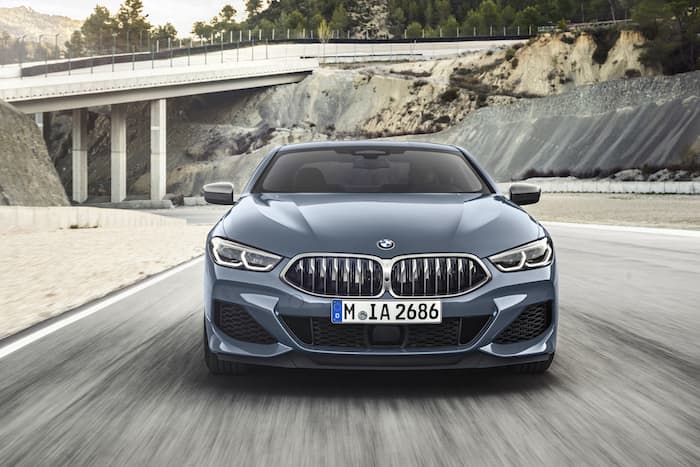 We saw some photos of the new BMW 8 Series coupe earlier and now we have some video of the car in action.

In the videos below we get to looks at the design of the new 8 Series and also some of the cars features.

As we mentioned earlier there will be two version of the car at launch, the 840d xDrive which will come with a 3.0 litre V6 diesel engine and the M850i xDrive which comes with a 4.4 litre V8 petrol engine.

There will also be an M8 version of the car, although that will be launching later on. Pricing will start at £76,000 for the diesel version and £100,000 for the petrol model.