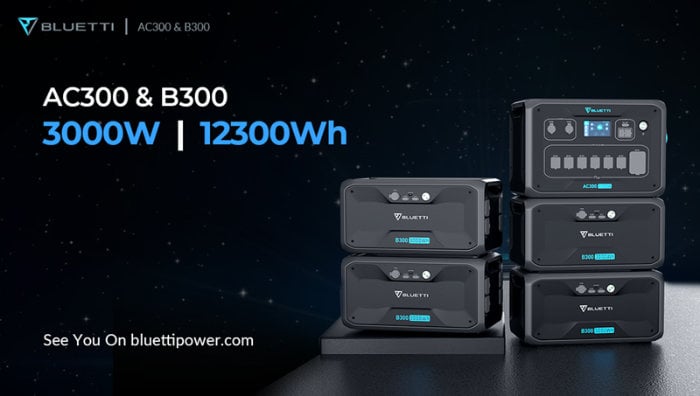 Following on from the hugely successful launch of the portable BLUETTI power stations in the form of the AC200 which successfully raised over $6.7 million via the Indiegogo crowdfunding platform and the EP500 Pro 3,000W home power station which successfully launched via Kickstarter. The development team and engineers at BLUETTI have created four new power stations, which will be officially launching in a few months time. The new BLUETTI power stations build on the technology used to create the original AC200 and EP500 Pro and with the aid of customer feedback BLUETTI has improved, enhanced and increased the power. They launched the new BLUETTI AC300 and AC200 MAX power stations this week, together with accompanying expandable battery modules, the BLUETTI B230 and BLUETTI B300. 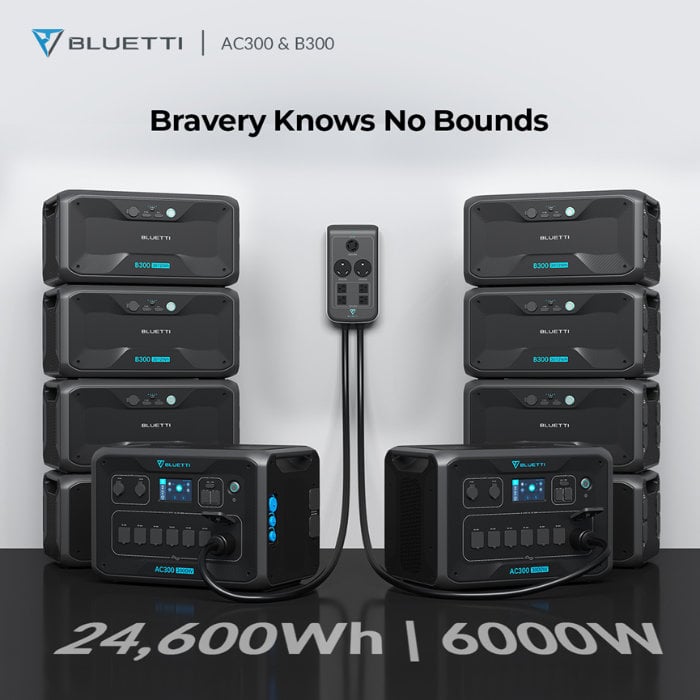 BLUETTI has once again designed the portable power stations to offer you a versatile, portable, heavy duty power solution with plenty of flexibility to suit any application, whether it be at your home, business or outdoors. The AC300 and AC200 MAX offer up to 24.6kWh, 6000W of usable power and will soon be available to pre-order directly from the BLUETTI website with shipping expected to take place during September 2021 for the AC300 and August 2021 for the powerful BLUETTI AC200 MAX power station, or approximately 3 weeks after your order is placed, once the power stations have officially launched later this year. 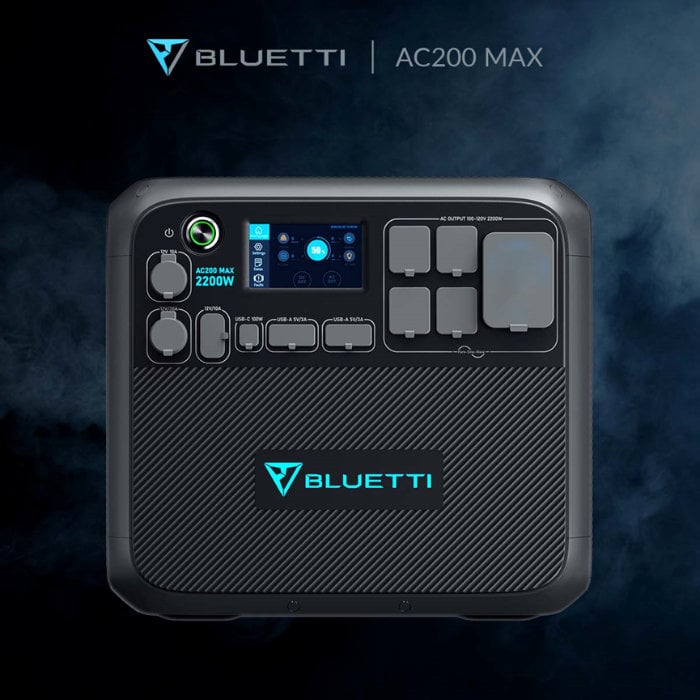 All four of the new power innovations incorporate the same fantastic design as the existing BLUETTI range and the power stations feature compact designs equipped with lifting handles positioned on the top and each side. The AC300 power station completely re-imagines the way power stations are used by consumers and is not supplied with a fitted battery pack, but allows you to choose from modular batteries and can accept up to four, to meet your power requirements exactly. A single AC300 station equipped with four battery packs provides a huge portable, maximum power capacity of 12.3kWh.

The unique power station batteries are available to purchase individually and can be expanded to meet your power needs as required. Enabling you to insert one, two, three or four batteries into the AC300 as required, depending on your power needs for your trip or situation. This innovative module design allows you to quickly build the perfect power station to suit your budget, power consumption and task at hand. The singular, modular batteries can also be easily replaced individually if necessary in the future, enabling you to get the most use out of each power pack before they need to be recycled. “Since the system is modular, you can carry each module individually. Whether it is up the stairs to your bedroom, or outside to your van, you will be protecting your back from heavy lifting by being able to carry your modular BLUETTI system, module by module, instead of everything at once.” explains BLUETTI. 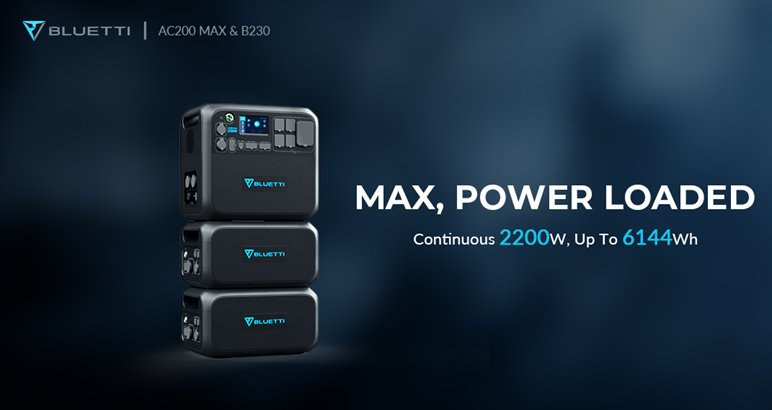 BLUETTI has sold tens of thousands of power stations over the past year and all four new devices come with a two-year “hasslefree” warranty from BLUETTI. Features of the BLUETTI AC300 include Double Voltage Support (Split Phase Bonding), 6kW, 24.6kWh power capacity, Solar Power input from 2,400W up to a maximum of 10,400W and a maximum AC input capacity of 3,000W. Thanks to the unique Fusion Box accessory available to purchase separately, you can connect two AC300s to double the power and capacity, enabling up to 6,000W of continuous power, or a massive 24.6kWh capacity in total, as well as benefiting from up to 10.4kW of solar power input. Once setup the Fusion Box Pro can be an emergency power center and run your home essentials for over a week, or with enough solar panels connected you can run your entire whole house off-grid indefinitely says BLUETTI. The new BLUETTI AC300 power station will be launching in September 2021, together with the Lithium Iron Phosphate (LiFePO4) 300 (3,072Wh) battery pack and the B230 (2,048Wh) battery pack, which will be available a month earlier during August 2021. 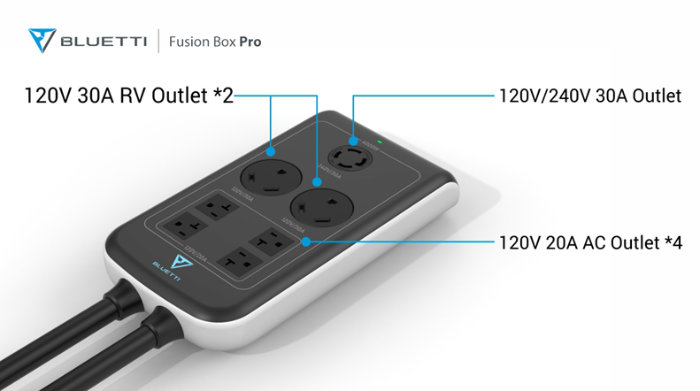 Features of the AC200 MAX pure sine wave invertor include afore mentioned Lithium Iron Phosphate (LiFePO4) batteries capable of providing a capacity of 2048Wh and a high continuous output of 2,200W. Solar panels can also be connected providing an input from 1,400W up to 2,800W, with a maximum AC input capability of 1,000W. The design of the BLUETTI AC200 MAX is identical to the already launched and more affordable AC200P, however internally BLUETTI has made a huge amount of improvements and enhancements over the original to make the AC200 MAX a stand-alone power solution in its own right. Including a 100W PD3.0 USB-C port, an upgraded MPPT controller now capable of handling up to 900W of solar input. Together with an integrated 30A NEMA TT-30 outlet designed especially for the recreational vehicle market crowds with support for expandable battery packs. The BLUETTI AC200 MAX will be launching in August 2021 and full specifications and comparisons are listed below. 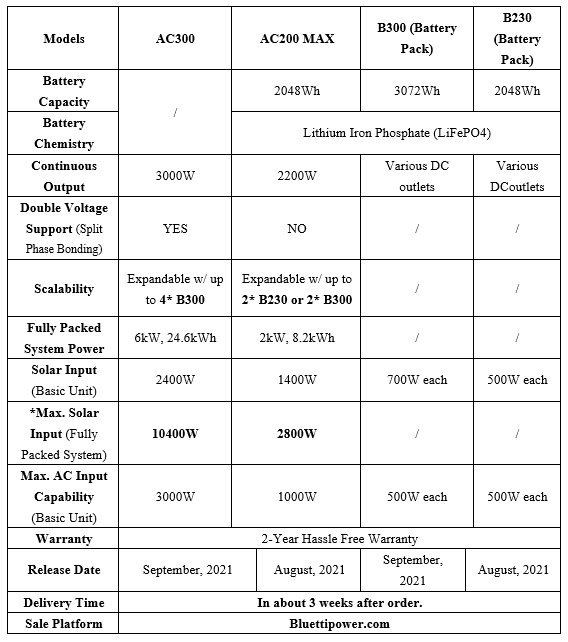 BLUETTI has also created a handy smartphone application, available for both iOS and Android devices, this allows you to quickly view the power consumption of your portable BLUETTI power stations directly from your phone. The BLUETTI Smartphone App connects via Bluetooth to your power station and is available to download from the appropriate online App Store. 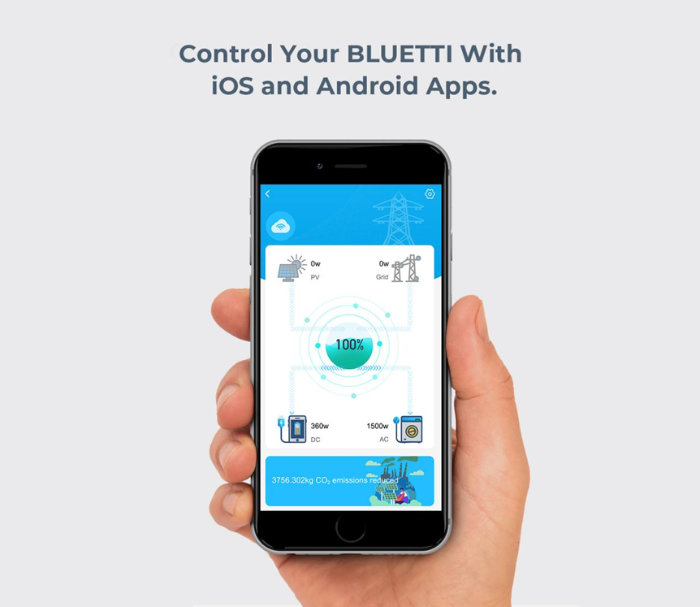 BLUETTI has also recently been teasing us with a new addition to their range, in the form of a power stations codenamed “APEX”. Previously BLUETTI codenamed the AC200 MAX as the “Challenger” and the BLUETTI AC300 as the “Dominator” before release and provide an indication as to what you can expect from the “APEX”. Unfortunately no specifications or pricing details have been released as yet for the new as yet unveiled BLUETTI APEX, but more information is expected to be made available before the end of 2021. 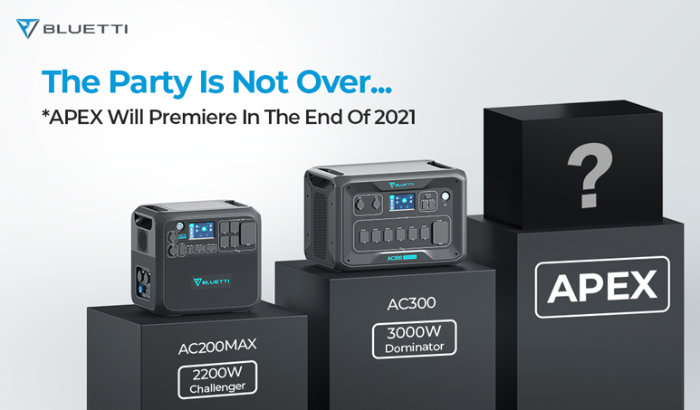 As always we will keep you up to speed as soon as news is revealed but in the meantime for more information on the new latest additions to the range, the AC200 MAX and AC300 power stations as well other power solutions already available to buy from BLUETTI, jump over to the official website. If you are interested in registering for more information and being kept up-to-date on new developments, their official Facebook Launch Group allows you to subscribe for product news and super early bird pricing offers, providing you with discounts when new BLUETTI power stations are launched.