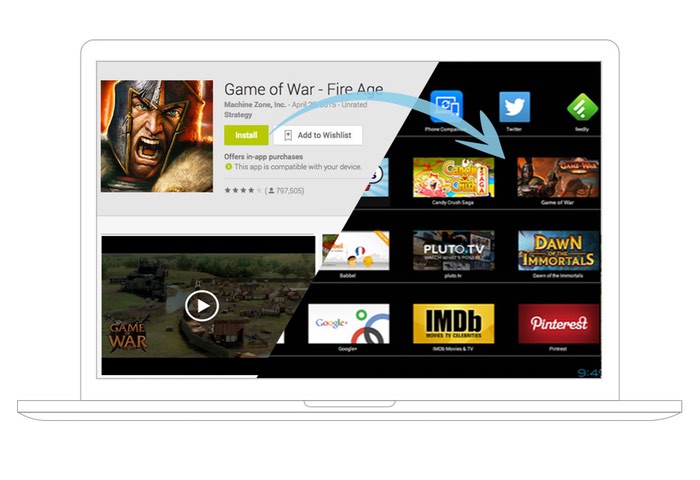 Today Bluestacks has announced the launch a new version of its Android emulator for Windows which brings with it support to run multiple Android applications at the same time.

Bluestacks 2 is now available to download to run on Microsoft’s Windows operating system and the company has also announced that its software has now been downloaded more than 100 million times since its release. Although downloads do not indicate current users figures.

Bluestacks has also recently launched a Mac version of its software allowing you to enjoy the features on your Apple systems. Bluestacks explains a little more.

Our Best-in-Class “Layercake” technology enables even the most graphics-intensive games to run smoothly on your PC. BlueStacks App Player is the only Android Emulator supported with investment from Intel, Samsung, Qualcomm and AMD.

For more information on the Bluestacks software jump over to the official website via the link below, BlueStacks’ emulator first launched back in 2011.