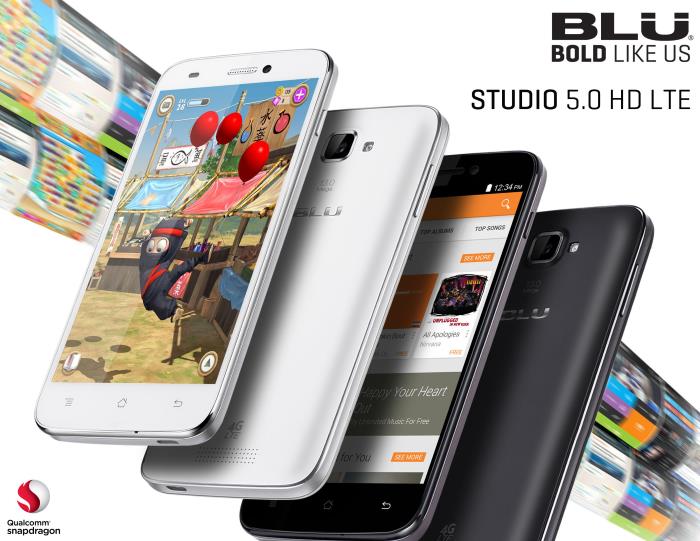 The US-based Blu has unveiled a number of affordable LTE capable smartphones, offering a decent set of specifications.

The list of handsets includes Blu Studio 6.0 LTE, Studio 5.0 HD LTE and Studio Mini LTE. As the name suggests, the Blu Studio 6.0 is the most expensive among the trio, and offers decent specifications.

“We see an increased demand in 4G LTE as consumers demand higher speeds and better user experience, coupled with a new push from the carriers to get aggressive on LTE pricing in order to migrate existing 3G users to LTE,” said Samuel Ohev-Zion, CEO of BLU Products. “As always, BLU will be there to deliver on the consumer demand with quality LTE devices priced for everyone.”

Blu Studio 6.0 features a 6-inch full HD display, a quad-core 1.6GHz Snapdragon processor paired with 2GB of RAM, 16GB of internal storage, and a microSD card slot which supports 64GB. Other features include 13MP camera for photos and videos, 5MP front-facing camera, a massive 3,200 mAh battery and ships with Android 4.4 KitKat as its operating system. The handset is available in unlocked flavors on Amazon in black and white color options for $279.