Bloom Energy has officially announced their Bloom Box fuel cell that we told you about earlier in the week.  At a press conference that was attended by California Governor Arnold Schwarzenegger and former Secretary of State Colin Powell, Bloom Energy unveiled the Bloom Energy Server.

The Bloom Energy Servers are currently being used by a number of companies which include Google and eBay. The technology works by producing energy from multiple fuels and they have relatively low emissions making the technology very green and energy efficient. 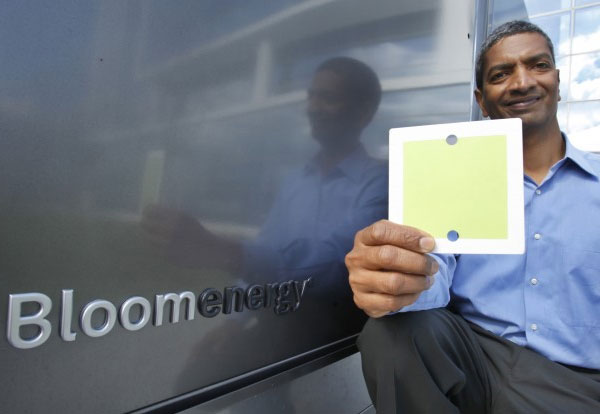 The cells are actually made from sand, which means in the long run they should be pretty cost effective to produce, and unlike other energy efficient methods like solar or wind power the fuel cells can run twenty four hours a day.

The Bloom Energy Server uses solid oxide fuels cells, the power is generated when there is a reaction between oxygen and natural gas, ethanol and landfill gas which is readily available.

Each of the Bloom Servers will currently cost around $700,000, which means at the moment the technology can only be used by large companies who can afford the outlay.

Bloom Energy plans to develop a similar product aimed at the home user, although this is something which is probably quite a way off. They expect these devices to cost around $3,000.

It will be interesting to see how the technology is developed, and if it can be scaled to deliver cheap, efficient energy to the home user at a reasonable cost.