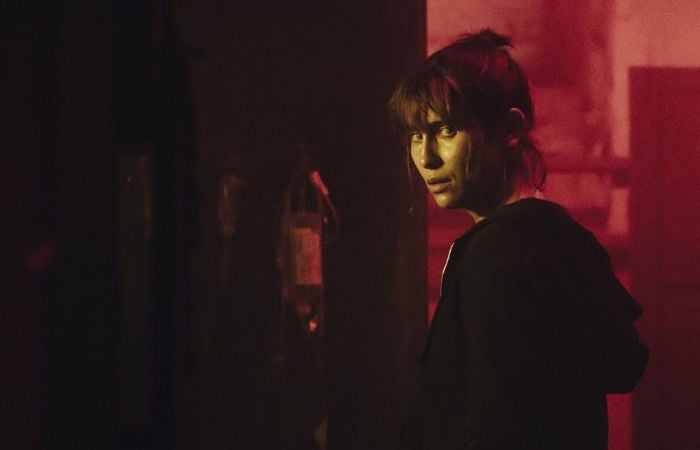 Netflix has released a new teaser trailer for the upcoming vampire horror movie Blood Red Sky, which will be premiering on the streaming service on July 23rd 2021. Blood Red Sky has been written by Stefan Holtz and Peter Thorwarth, who is also the director and stars Roland Møller, Peri Baumeister, Chidi Ajufo and Alexander Scheer.

“A woman with a mysterious illness is forced into action when a group of terrorists attempt to hijack a transatlantic overnight flight. In order to protect her son she will have to reveal a dark secret, and unleash the inner monster she has fought to hide.”

“Flying with her young son, a mysteriously ill woman is forced to unleash a dark secret when terrorists attempt to hijack their transatlantic flight.”