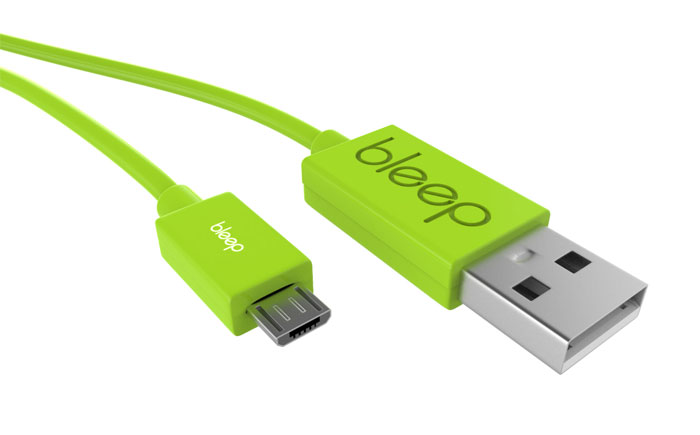 I’d bet many people out there back up most of the data on their smartphones using a cloud service of some sort. If you are the type that thinks having a local version of the data from your phone would be better, check out bleep. Bleep is a charging cable that works with mobile devices to keep them powered up and the cable has flash storage inside.

Inside the end of the cable is 16-64GB of storage for data backup. An app runs on the Android device that allows backups to be performed each time the phone is connected to the charging cable. Backup data is protected by a password. An app for iOS devices is also in the works along with a cable for those phones.

The cool part about having the storage locally is that you don’t have to have internet access to perform your backups. The project is on Indiegogo right now seeking $20,000. So far, it has raised $3120 with 59 days left to go. At the time of writing, 91 early contributor spots are left that get you a 16GB cable for $40.