A revolution in transport will soon change the world’s cities. While it doesn’t involve cars that transform into robots, it’s still cool despite. Anyway, what we’re referring to are air cars, basically personalized flying vehicles that seem the only solution to nightmarish traffic and pollutive congestion. 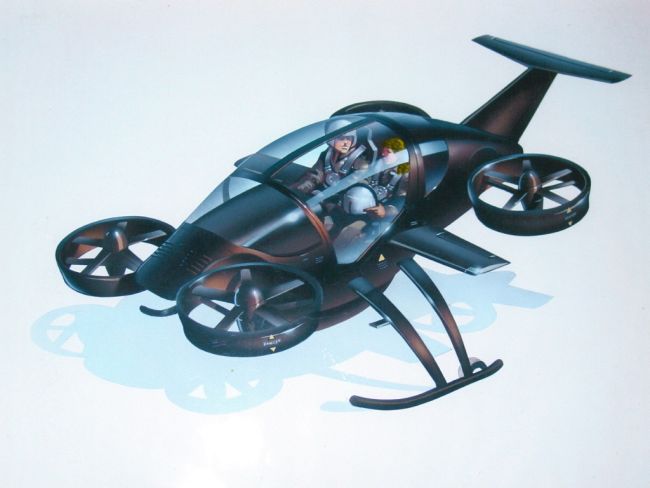 Seen above is the SoloTrek concept, a multi-rotor design that can at least manage a passenger or three, including the pilot. The guys behind this project are Michael Moshier and Robert Bulaga, who have launched their own company to facilitate the production and subsequent manufacturing of the SoloTrek.

The VTOL SoloTrek is already destined to e a hybrid vehicle capable of decent range and fast speeds. Of course, t’s not the only flying transport being developed fr commercial use and industrial applications. As mentioned a few paragraphs up, the coming trend involves both personalized aircraft and ugly compact cars, between these two you can expect the cars we use to day to e universally obsolete in a matter of years. That is, if the SoloTrek and its ilk catch on.

Between air cars and human-like robots whose motives are suspect, Blade Runner further vindicates itself as the most stark portrayal of our near future. The only thing it seems to have gotten wrong are smartphones.