Blackberry unveiled their 5-inch Blackberry Z30 last month. It seems as the company’s flagship handset is coming to TELUS Canada. An internal TELUS document was leaked earlier showing that Blackberry Z30 is heading to the Canadian carrier on October 15th for $650 outright with on-contract pricing as well. 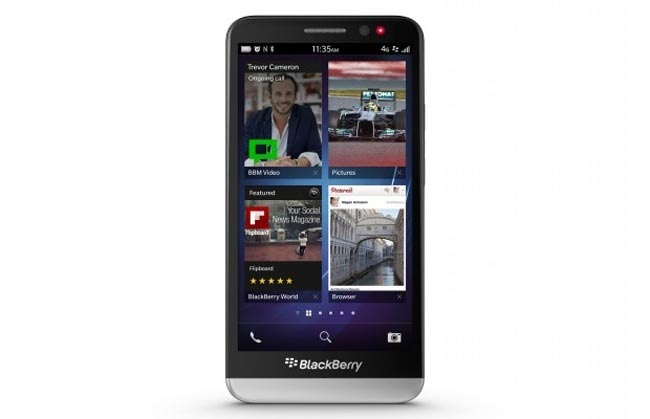 The folks at MobileSyrup managed to grab an internal document from TELUS. According to the internal document, Blackberry Z30 will cost $129 with a two-year contract. Users who wish to get the handset outright have to pay $650 outright, which is $50 less than the price offered by Bell.

Blackberry z30 brings a 5-inch Super AMOLED display sporting a resolution of 1280 x 720 pixels, a dual-core Snapdragon processor with a clockspeed of 1.7GHz and 2GB RAM. THe handset comes with 16GB internal storage with a microSD card slot that supports a memory card of up to 64GB. On the rear, Blackberry Z30 comes with an 8MP camera with autofocus and HD video capabilities. On the software side, the handset comes with Blackberry OS 10.2.

The handset is also expected to hit other Canadian carriers. Rogers recently announced that they are going to carry Blackberry’s flagship device.