Now we have a photo of the BlackBerry Z10 with Verizon branding, which you can see below, there are two BlackBerry Z10 models in the photo, as well as an iPhone 4S. 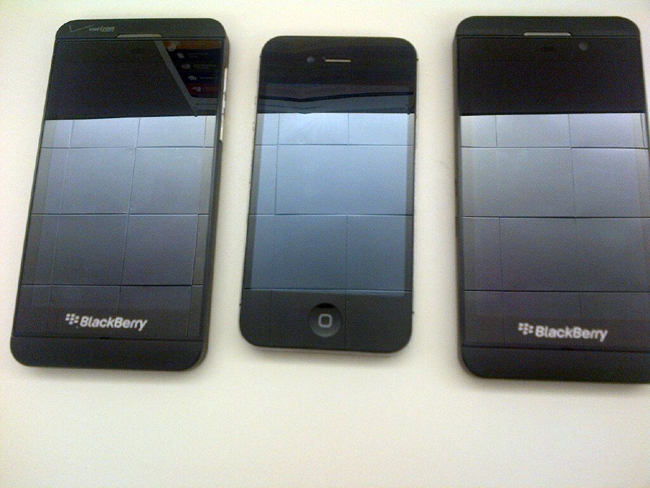 One of the models in the photo is for Verizon Wireless, as you can see from the branding, the over version is apparently the AT&T version of the Z10, as soon as we get some more details on when the BlackBerry Z10 will be available with both Verizon and AT&T we will let you guys know.