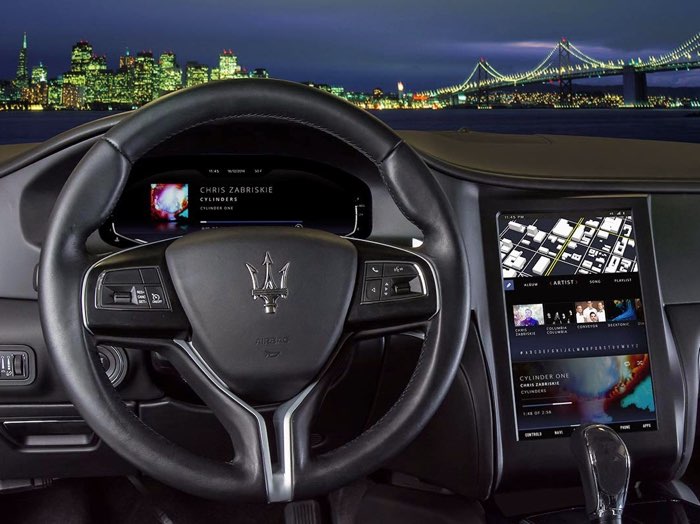 BlackBerry has announced that it will show off a new BlackBerry QNX technology concept car at CES 2016 next month.

The company will reveal it new BlackBerry QNX concept car in Las Vegas on the 6th of January, the company has released a new video of this years car which was based on a Maserati.

The minute you get behind the wheel, you realize that our concept team is exploring answers to a multitude of questions. For instance, how do you bring more content into a car, without distracting the driver? How do you take types of information previously distributed across two or more screens and integrate them on a single display? How do you combine information about local speed limits with speedometer readouts to promote better driving? How do you make familiar activities, such as using the car radio, simpler and more intuitive? And how much should a car’s UX rely on the touch gestures that have become commonplace on smartphones and tablets?

We will have more details on exactly what BlackBerry QNX has to unveil at CES 2016 next month, you can find out more information over at BlackBerry at the link below.