RIM’s first tablet, the BlackBerry PlayBook is now available to pre-order from a number of online stores, which include Best Buy, and the 16GB WiFi version is available for $499, and it looks like the tablet will ship sometime between the 19th and 26th of April.

As a reminder the BlackBerry PlayBook features a 7 inch touchscreen display which has a resolution of 1024 x 600 pixels, there is also a 1GHz processor and 1GB of RAM. 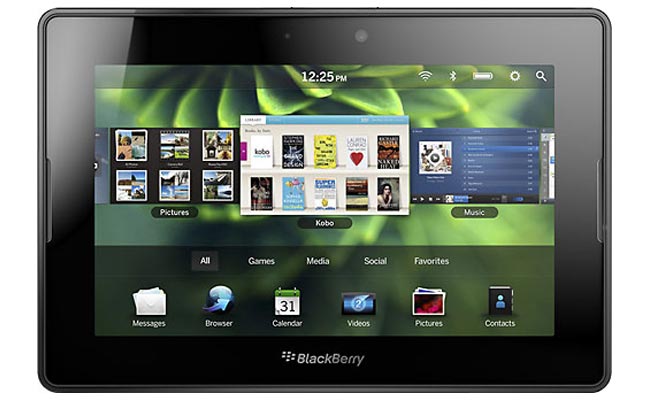 The PlayBook is available in 16GB and 32GB sizes, and as well as the WiFi model which has just been made available there is also a WiFi and 3G model, plus there will be a 4G model launching later in the year.