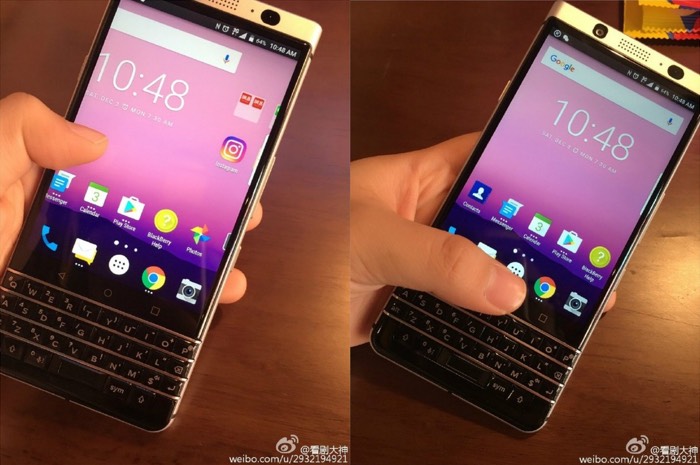 BlackBerry CEO John Chen recently revealed that the company is working on a new smartphone with a physical keyboard and there is a good chance that the handset is the BlackBerry Mercury.

Some photos and specifications have been leaked on this new BlackBerry Mercury handset and as we can see from the photos the device has a QWERTY keyboard and comes with Google’s Android OS.

The Mercury will apparently come with a 4.5 inch display and will be powered by a Qualcomm Snapdragon 821 processor and will feature 3GB of RAM.