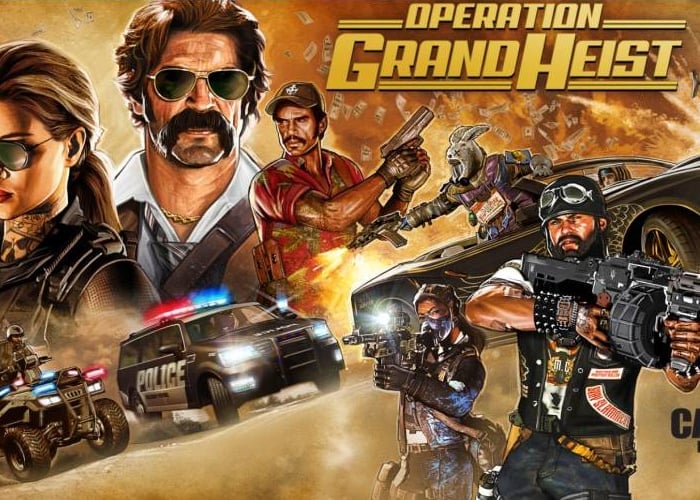 A new teaser trailer has been released this week for the new Call of Duty Black Ops 4 Operation Grand Heist content which is now available from today on the PlayStation 4 and will be rolling out to both the Xbox One platform and PC systems in the near future. Check out the launch trailer below to learn more about what you can expect from Operation Grand Heist.

Operation Grand Heist is the third Operation to be released for the Black Ops 4 game since its launch back in October 2018, and follows on from the Operation First Strike and Operation Absolute Zero. The new Grand Heist content and is a selection of new gear including the Switchblade X9 SMG, Rampage auto-shotgun, and melee-focussed Cha-Ching money bag.

The new Outrider specialist is equipped with a flying Hawk drone that can be controlled by players and will automatically tag enemies from above, together with the Sparrow Special Issue Weapon, which fires explosive-tipped arrows.