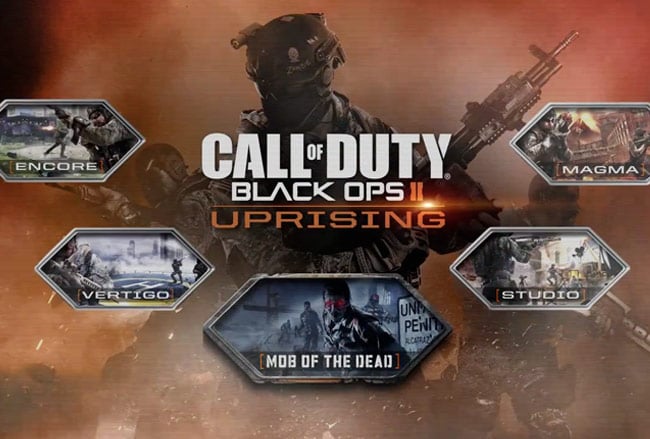 The Black Ops 2 Uprising DLC adds the Magma, Encore, Vertigo, and Studio multiplayer maps to the mix, with the latter being a reworking of the classic ‘Firing Range’ level featured in the original Black Ops. Together with Mob of the Dead, a Prohibition-era Zombies mode map that takes place at Alcatraz Prison. Enjoy!

– Studio – A contemporary re-imagining of “Firing Range,” the fan-favorite multiplayer map from the original Call of Duty: Black Ops. “Studio” is a Hollywood movie back lot with a variety of cinematic themes that range from Sci-Fi to the Old West.