The Black Niintendo Wii will come bundled with Wii Sports Resort and Wii Sports as well as a black Wii-mote and nunchuck, it will also include a Wii Motion Plus accessory. 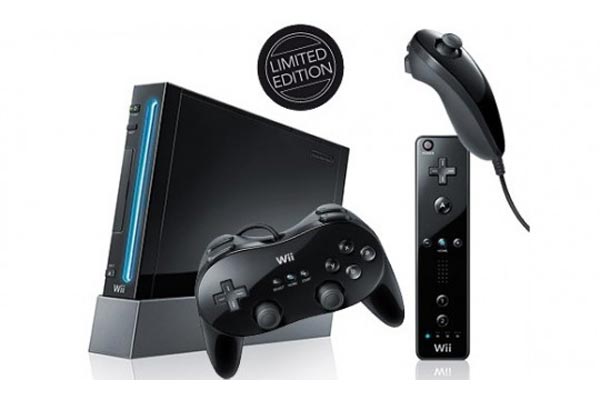 The Black Wii package will be available for $199.99 from May the 9th in the US, and there will also be a standard white version available which will include all the accessories listed above.