Bioware has posted a teaser screenshot on its Facebook page of whats thought to be from the new highly anticipated Mass Effect 2 DLC. Details about the new DLC content named ‘The Arrival’ are still very vague at the moment apart from a few basic plot indicators and Bioware has been keeping anything that would indicate how the ne DLC content fits into the Mass Effect storyline under wraps. 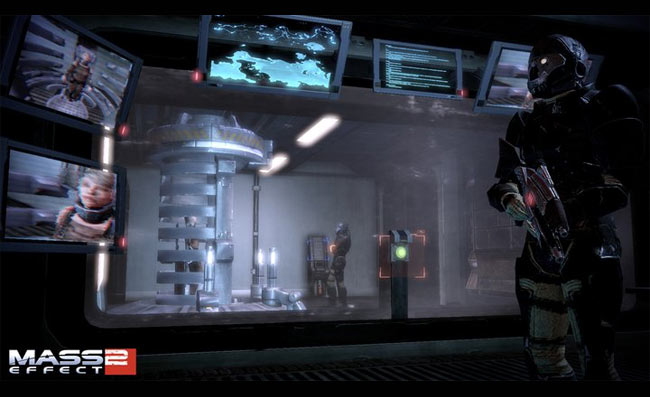 The only indications of the content suggest that the DLC will revolve around Dr. Amanda Kenson, who is featured on the screen in the bottom left corner of the image released, looking as though she’s been captured and is imprisoned.

The statement below was also with the image, notice the capital A on Arrived. As more information about the new DLC becomes available we will keep you posted.

“New Mass Effect 2 screenshots have Arrived. I’ll release a new one tomorrow if you share this one and help us get 750,000 impressions!”