If you’re a regular user of Microsoft’s Bing search engine, you’d be glad to know that the folks at Redmond updated Bing for Android, which brings a handful of features and enhancements to the application. The update brings a few changes with the most common one being the ability to set daily Bing image as you Android wallpapers. The feature was already present for Windows Phone 8, and is now available for Google’s operating system as well. 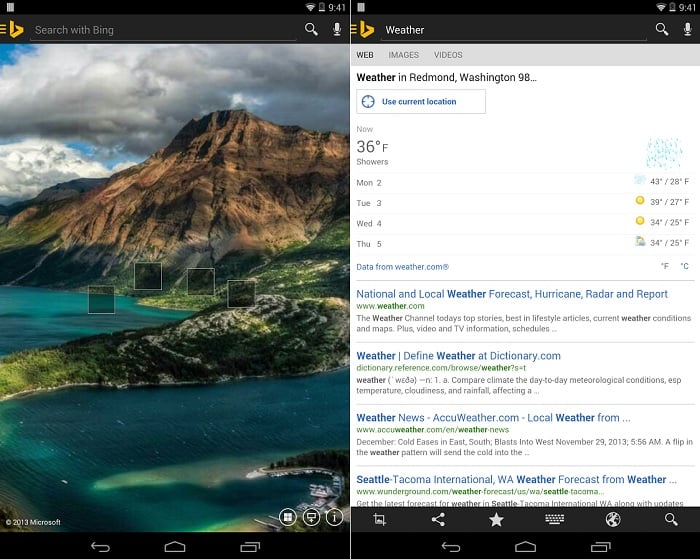 Additionally, the new update brings a revamped user interface including a fix for the pinch to zoom feature when browsing web pages as well as a few other bugs. Bing for Android also gives users the ability to search for images and videos, as well as Voice search from Bing home screen widgets that allows users to use their voice to search for stuff rather than typing them.

Just head over to the Google Play Store and download/update Bing for Android.