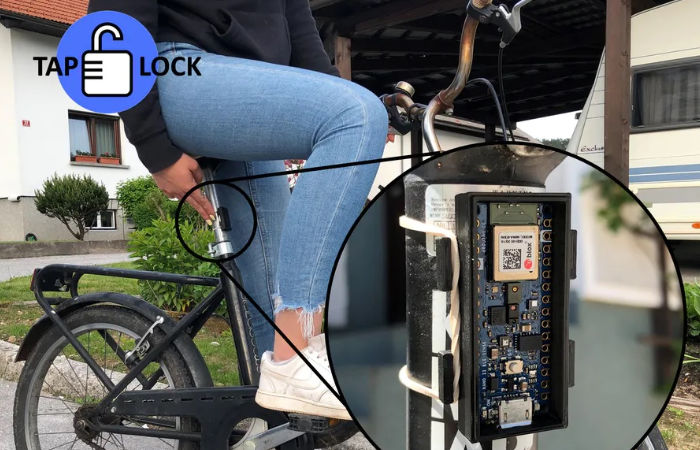 Arduino enthusiasts may be interested in a new bike lock project called the TapLock which uses a tinyML on Arduino to protect your bike from thieves. The team responsible for creating TapLock have also created a companion application which provides another way for the bike owners to lock unlock their bike together with other useful features, check out the video below to learn more about the project.

“Bike locks have not changed that much in the last few decades, even though our devices have gotten far smarter, so they seem in need of an update. Designed with this in mind, the TapLock is able to intelligently lock and unlock from either Bluetooth or taps on the enclosure. It uses a Nano 33 BLE Sense to detect tap patterns via an onboard accelerometer as well as BLE capabilities to communicate with the owner’s phone.

Because taps are not necessarily directional, the TapLock’s creators took an average of each accelerometer axis and charted the time between the peaks. After collecting a large sample of data, they used Edge Impulse to process the data and then train a model with an accuracy of 96.4%. This allows the owner to have some wiggle room when trying to lock or unlock the bike. “